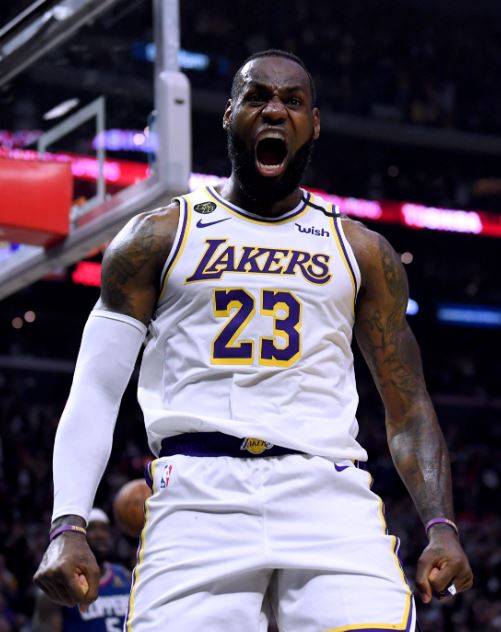 The Lakers won 133-129 in an away game against the Milwaukee Bucks on the 3rd (Korea Standard Time). The Lakers have recently won consecutive games with the victory, and have recorded a whopping 7 wins and 2 losses in nine games since their five consecutive losses in early November.

On this day, the Lakers celebrated their team’s victory by making a double-double with not only a one-two punch but also Russell Westbrook, who played on the bench. This is the first time that the three have made a double-double at the same time since Westbrook has been together since last season.

Anthony Davis and Westbrook have had many double-doubles together last season. However, at the beginning of the season, James was unable to play many games due to injury, and from the middle of the season, Davis was away due to injury, and the three of them failed to make a double-double at the same time in one game. Last season, there were not many games where the three played at the same time.

James recorded 8 rebounds, 11 assists, and 2 steals, including 28 points. Adding double-digit assists on the day, James beat Magic Johnson (10,141) to rank sixth in accumulated assists in the regular season (10,144). He was eight behind before the game, but added 11 assists, showing off his ability to push Johnson out.

He achieved a cumulative 10,000 assists at the end of last season for the seventh time ever. It was believed to beat Johnson earlier this season. Beyond Johnson as expected, he is expected to surpass Steve Nash (10,335) and Mark Jackson (10,334) this season. The gap is never small yet, but if he plays steadily without injury, he is expected to beat them at the end of the season.

He is ranked second after Chris Paul (11,071) during his career, and is expected to approach Paul’s record. Paul is still active, so it is natural to raise his record. However, Paul has been absent frequently due to recent injuries. If James is not injured, he is expected to be the fourth player in history to score 11,000 assists in the regular season next season.

What’s even more surprising is that none of the players currently have more accumulated assists than James. Everyone is an authentic point guard. On the other hand, James may not need to distinguish between positions, but he has been named without fail even though he is not a guard, and his ranking is still rising. He has been a small forward since his debut, but has played a practical point guard as a playmaker.