It’s a group trend. The first anniversary of our debut! The first birthday party will be held on the 5th. 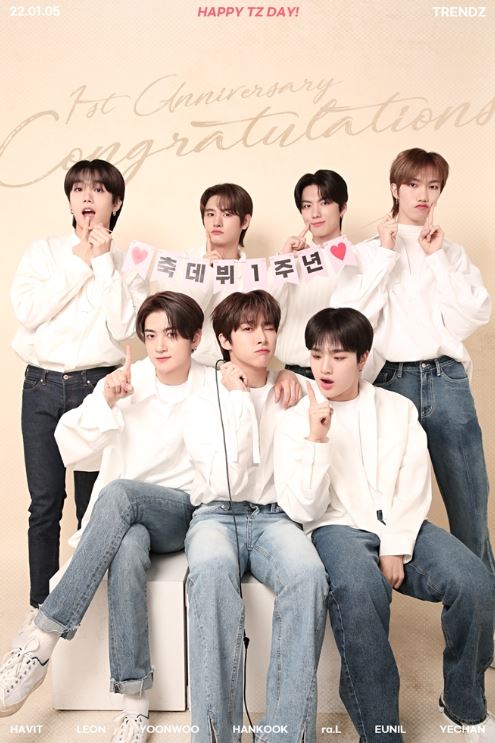 Idol group TRENDZ will hold a first-birthday party to commemorate its first anniversary.

Trend magazine, which officially debuted with its debut album “BLUE SET Chapter 1. TRACKS” on January 5, 2022, will hold its first anniversary live “Rock Festival (a.k.a. first birthday party)” on its official YouTube channel at 9:30 p.m. on the 5th to celebrate its first anniversary and spend a special time with fans.

Trend magazine, which prepared a variety of gifts to celebrate the first anniversary of its debut with “Friendzie,” boasted extraordinary fan love, including releasing one-on-one handwritten messages reflecting on 2022 through its official website, as well as unpublished behind-the-scenes photos and video clips of the new song “VABOND” music video.

Trend magazine, which released video messages for fans, including the first anniversary celebration at midnight on the 5th, said, “It’s already been a year since we’ve been together.” It’s been a really touching year. “I was able to achieve it thanks to ‘Friendzie’,” he said, expressing his gratitude to fans.

Trend magazine said, “I hope to make many memories with ‘Friendzie’ this year, and I will repay you harder.” We will grow a lot and work hard in the future, so please show us a lot of love,” he said, raising expectations for Trend magazine’s 2023 move.

Trend magazine, which is making unforgettable memories with fans through extraordinary fan love and active communication, recently achieved career high with its first single “BLUE SET CHAPTER. UNKNOWN CODE” and won the “2022 AAA Focus Award” at the “2022 Asian Artist Awards in Japan.”It has strengthened its position with its relentless growth by being nominated for the Grand Prize’ Rookie of the Year award.

As it has been a meaningful year since its debut, breaking all its own records, including album sales and music video views, expectations are already high on what musical spectrum they will create a change in the music industry in 2023.