It costs 3 billion won to make a girl group 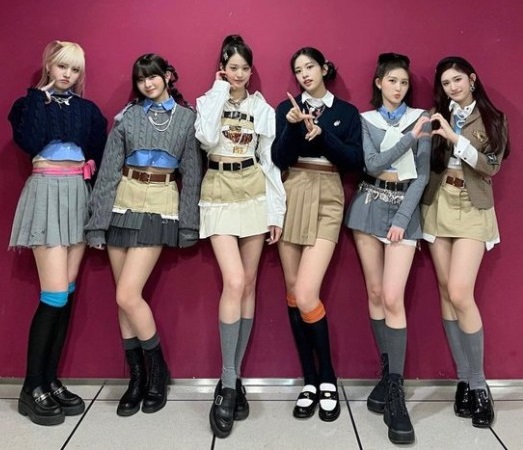 #On August 7, 2022, SBS “Inkigayo” Newsz’s “Cookie” stage. Most of the uniform-style clothes they wore were luxury goods, even though they looked plain on the outside. Member Minji’s Balenciaga jacket costs 3.3 million won and Hani’s Prada T-shirt costs 1.6 million won. Harin wore 530,000 won worth of Lombau sneakers and walked around the stage.

Although the status of K-pop has increased over the past 25 years, the proportion and meaning of girl groups have changed significantly. The game, which was limited to domestic production, has changed since the third generation of girl groups. The emergence of TWICE, the first K-pop girl group to have accumulated million sellers (sold more than 1 million albums), and Black Pink, which has the largest YouTube subscribers (82.7 million as of November 1), will serve as an opportunity to reconsider its profits and losses in the girl group market.

Industry officials say that the budget for rookie debuts and initial activities has also jumped two to three times from 1 billion won in 2015. Rado, the producer of girl group StayC, said on a YouTube broadcast last year, “It costs at least 2 billion won to make it with a little effort.” Fantagio, the agency of boy group Astro and girl group Weki Meki, announced last year that they would invest about 3.18 billion won in fostering new girl groups. SM Entertainment’s Espa, which debuted in 2020, made digital avatars for each of the four members, and bombarded each member with supplies such as music videos with movie quality and teaser for each member. Industry officials estimate that the project has been invested at least 5 billion won. Kim Soo-ah, a professor of journalism and information at Seoul National University, analyzed, “The producers are also working on concepts or appeal strategies focusing on group modeling that can be role models for women.”

The production scale has expanded globally. More than half of the 15 girl group teams that debuted this year have at least one foreign member. Global auditions, which were considered luxury, have also become a must. When an agency opens an audition, support will flood, and the effect of the fandom paying attention to it will also be amplified. In marketing, “advanced” strategies have become important to avoid going against female fans. This is why girl group Ive, less than a year after its debut, filmed a music video wearing a collection of Italian luxury Miu Miu, and Newsz chose Vivienne Westwood golf clothing as its stage costume. The fact that BLACKPINK members are working as global ambassadors for luxury brands such as Chanel, Dior, Celine, and Saint Laurent is not new. The production of goods that directly target fans’ wallets is also considered first.

The diversification of girl group concepts is also noticeable in the recent production process. The solution found by the 3rd and 4th generation girl groups is “an unexpected girl crush.” On the stage, it evokes envy and longing, but when you come down from the stage, you have to show a friendly charm such as your sister or brother next door to be chosen by Yeo Deok. Kim Do-hun, a pop music critic, analyzed, “A variety of trends are being created as girl groups with various concepts achieve million sellers, away from the extreme male-oriented concept.”

The mystical strategy is gone. Drinking, which was like a taboo, is also becoming an image. ITZY CHAERYEONG freely brought up stock failures while drunk on YouTube, and WJSN was nicknamed “WJSN” by revealing each other’s drinking habits and drinking habits. Lee Kyu-tak, a professor at George Mason University in Korea, said, “We show strong performances on stage, but we are going to create a new story by showing images like friends, older sisters, and older sisters.”