Is Jefferson KCC leading the upward trend that slowly reveals its true value? 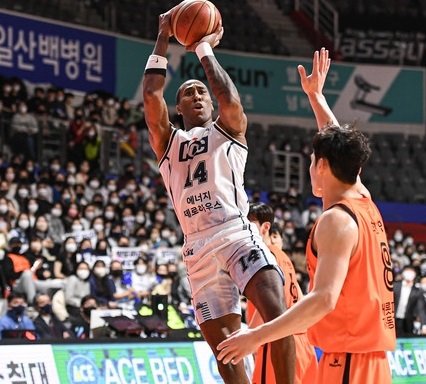 Jefferson is shining more and more.

Jeonju KCC Aegis won 84-76 against the Goyang Carrot Jumper in the second round of the 2022-2023 SKT A-dot Professional Basketball Regular League at Goyang Gymnasium on the 8th.

KCC started the season with Laguna’s partner, Ronde Hollis Jefferson. Although it was regrettable that the reunion with Tyler Davis failed, much attention was paid to Jefferson, who has a spectacular career that has not been common in KBL.

Jefferson played as a starting pitcher for the NBA Brooklyn Nets in the 2017-2018 season and scored an average of 13.9 points. Although his height is not big, his fans had high expectations for him because he has quite good individual skills.

However, Jefferson’s adaptation to the KBL stage was not smooth. Because he was late to join, he had less time to work with his team members, and his understanding of the league was not completely achieved. The KCC team itself was shaken by a series of injuries.

Jefferson, who had a lot of concerns, was transformed into a player who did his part after the middle of the second round. Jefferson, who has averaged 16.4 points in the last five games, is steadily accumulating double-digit scores in games that have taken more than 10 minutes to play.

Not only has his condition improved than the first round, but he also has a deeper sense of stability in his play. There has been a noticeable reduction in ineffective attack attempts. There are more scenes of pursuing steady scores than mid-range games or excessive breakthroughs. The increase in the success rate of paint zone field pitching by nearly 20% is the driving force behind the rebound in the second round.

In the match against Carrot, he scored 17 points and 6 rebounds, taking the lead against one-option foreign player Didrick Lawson (7 points), who mostly matched up. In the middle of the fourth quarter, when the team was chased to the bottom of the chin, he helped Lee Seung-hyun score with a calm pass and was responsible for scoring again. Active participation in the swift attack, which is an advantage, was also frequently seen throughout the game.

Coach Jeon Chang-jin also smiled at Jefferson’s performance. Coach Jeon said, “Jefferson did a good job today. He made a high-probability attack and participated in the rebound. He praised Jefferson, saying, “I had a lot of quick attacks because I had good transition skills.”

If Jefferson releases the attack at his recent pace, KCC will get thousands of troops and horses. KCC, which was one of the reasons for the sluggishness at the beginning of the season, is the silence of foreign players. Coach Jeon expressed satisfaction after the game, saying that Ra Gun-ah and Jefferson both played their roles.

Despite his great performance, Jefferson showed humility, saying, “I just did my part.” Will NBA leaguer Jefferson, who is slowly showing his claws, be able to continue his performance in the next game?