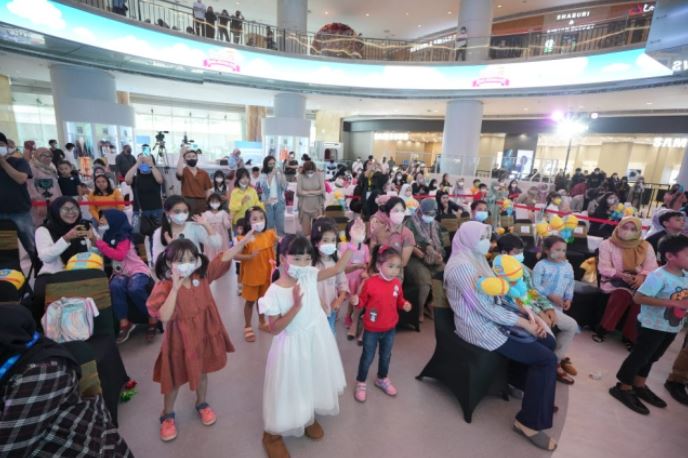 Indonesia, a young country with a population of 270 million and an average age of 29, is hot with K-content such as dramas and K-pop.

The Korean Wave in Indonesia, which began with the drama “Winter Sonata” and “Full House” and Super Junior, is rapidly spreading thanks to the development of technologies such as smartphones and high-speed Internet and the activation of online video services (OTT) such as Netflix and View (Viu).

K-pop and drama are definitely popular in Indonesia. Indonesia is one of the Southeast Asian countries where K-pop music is strong. Since 2020, it has been so popular that it has changed to K-pop and American pop songs following Indonesian pop music.

The characteristic of Indonesian K-pop consumption is that the K-pop consumption ranking in the Korean market is reflected without time lag. News and K-pop trends about the release of idol new songs and debut songs of large-scale rookies are being quickly translated and delivered to Indonesia. In fact, Newsz, which debuted in August, is gaining high attention in Indonesia. The debut song “Attention” and many of the songs on the album were included in Apple Music and the top 100 local music streaming services.

Hallyu, which began as Super Junior, has led to EXO, BTS, TWICE, NCT, and Espa through Girls’ Generation and Wanna One. OSTs based on the success of K-drama are also popular. SM Entertainment’s “The Desert,” which opened on the same day as the permanent exhibition hall “Korea 360” in Jakarta, Indonesia, was flooded with K-pop fans who wanted to see, purchase, and use their singer’s goods from the first day.

Taufik (male, 20s), who visited the wilderness, said, “I encountered Girls’ Generation through social network (SNS) when I was in middle school, but I couldn’t often find it due to slow Internet speed,” adding, “I have advanced infrastructure and developed, so I have more opportunities to access K-pop online, but I’m looking forward to opening offline stores in Jakarta.

K-drama’s popularity soared based on OTT, and in the early days of entering the Indonesian market, it relied on terrestrial broadcasting to create limited contact with Indonesian viewers. If the broadcasting station did not organize Hallyu content, there was virtually no legal channel to provide content.

However, OTT is reborn as a new platform for viewing Korean broadcasting contents with the emergence of OTT, experience in other contents greatly increased due to COVID-19 pandemic, and the emergence of several local operators who can access content for free through advertisement viewing such as Aichi, We TV, Mola TV, and View.

According to Flix Patrol in September this year, K-content, including “Weird Lawyer Woo Young-woo,” “Hwannabe” and “Handsome Party,” won nine of Netflix Indonesia’s top 10. Netflix’s US original “Breathe” was the only content from other countries. On the 5th (local time), Netflix’s official top 10 series also has six items, including “Shrupp,” “Postpartum Care Center,” “Somebody,” “Korea’s Number One,” “Model Detective” and “Vinxenzo.”

Interest in Korean animation such as “Pororo” and “La Va” is also increasing. “Indonesia has been reborn as a country that supports Korean animation production in an animation barren land,” said Oh Seung-hyun, CEO of Studio Show, who founded in Indonesia in 2018. “Studio Show is preparing to target the Indonesian market with original contents such as training manpower, supply and demand of overseas works, and ‘Dream of Imagination’ in Jeju Island.”

Indonesia is a country with 74 million children and adolescents aged 10 to 14, which is a key target group for animation, and has market potential, he added. “We will find a way to maximize the value of intellectual property (IP) such as characters.” CEO Oh went through Pax, Cartoon Network, Walt Disney, and Indonesia MNC Group.

◇ Expansion of support for KONJIN ONE, such as Hallyu marketing

The Korea Creative Content Agency launched the “K-Brand Hallyu Marketing Support Project” for the first time this year as a linked project to promote ripple effects in global content markets such as Indonesia.

It is a project to support promotional marketing of products from related industries such as agri-food, fishery food, and consumer goods using K-content. It is a method of increasing exposure opportunities and promoting overseas sales by supporting indirect advertising (PPL) such as craft, food, publishing, and content to popular Korean Wave dramas and entertainment programs abroad.

All 40 products selected for this year’s project were matched with indirect advertisements for dramas that have been aired or are scheduled to be aired in Southeast Asia, such as tvN’s “Shrupp,” “Monday, Wednesday, Friday, and Saturday,” and KBS’ “Love by Law.” The business products were also exhibited in Jakarta’s “Korea 360” Collect Town, Indonesia, and introduced to Korean Wave fans and buyers.

Youngsoo Kim “More than 90% of domestic content companies are small, so they think their content is the best in the world, and as they try to enter the overseas market quickly within a month or two, content companies planning to enter Indonesia need to prepare for about a year and use Conjinone business counseling.”

This means that at least six months of continuous knocking on the market door will begin to produce results such as contracts. It also urged thorough market research on local buyers. He also stressed that the Indonesian market has low unit prices and fewer potential paid customers compared to advanced countries such as the U.S. and Japan. He added that a thorough strategy is needed considering the price of 10-20% in the U.S. and the low paid content market.