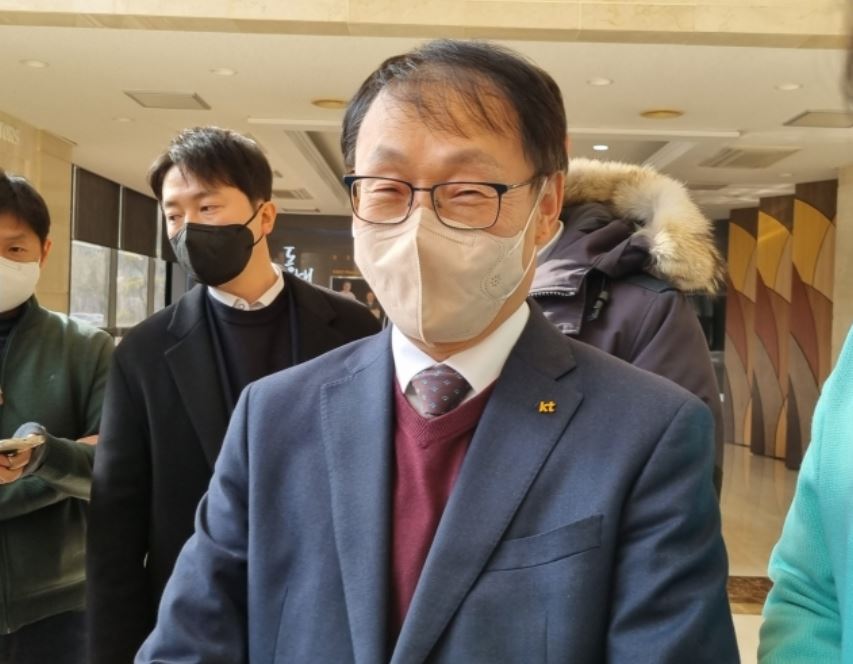 On the 29th, KT CEO Koo Hyun-mo, who is looking at “a second term,” presented “connection” and “expansion” as keywords for the second DIGICO (digital platform company). The goal is to accelerate KT’s innovation by connecting with heterogeneous industries and entering the global market. Although opposition from the National Pension Service, the largest shareholder (10.35%) was raised over the process of selecting the next CEO, it put more weight on the blueprint in the future. Regarding the National Pension Service’s move, he said, “I will think about it more,” and is expected to focus on preparing appropriate response strategies with the board of directors for the time being.

Koo met with reporters at an event held at the headquarters of the Korea Advanced Institute of Science and Technology (KAIST) in Daejeon earlier in the day. The day before, he was recommended by the board of directors as the final candidate for the next CEO, but as the National Pension Service immediately announced its opposition, attention was focused on the “mouth” of the party, CEO Koo.

On the afternoon of the previous day, KT’s board of directors reviewed a total of 27 people, including 14 outside personnel and 13 in-house candidates, and confirmed Koo as the final candidate for the CEO to be recommended to the shareholders’ meeting in March next year. It was evaluated that it was ahead of competitors in terms of management performance and the company’s future growth vision. However, just three hours later, the National Pension Service virtually expressed its opposition, saying, “It does not conform to the basic principle of the primary that CEO candidate decisions should be made in accordance with transparent and fair procedures.” He also hinted at the possibility of voting against it at the shareholders’ meeting, referring to the “consideration of exercising voting rights.” The National Pension Service is the largest shareholder with a 10.35 percent stake in KT.

The National Pension Service has recently expressed a sense of problem with the governance structure of “ownership distributed companies” without solid controlling shareholders. It was pointed out that it is inappropriate for CEOs (CEOs) to take power for a long time with “current premium” even though it is a company that is owned by shareholders who are not owned by anyone. The targets include KT, POSCO Holdings (hereinafter 8.5% of the national pension stake at the end of the third quarter), △ KB Financial Group (7.97%), △ Shinhan Holdings (8.22%), △ Hana Financial Group (8.4%), △ Woori Financial Group (7.86%).

Moreover, KT recommended Park Jong-wook, president of the management division, as an in-house director ahead of the shareholders’ meeting in March, but the National Pension Service has a history of failing to exercise voting rights against it. The political sponsorship case, which is undergoing a legal battle, served as the background. In the case of CEO Koo, the fact that the process was not disclosed to the outside world at all despite the competition of multiple candidates within the KT board of directors seems to have provided an excuse for pointing out the National Pension Service’s “fairness and transparency.”

KT’s internal opinion is that the vote match at the shareholders’ meeting, which is talked about by some, should be “avoid” as it does not look good not only for CEO Koo but also for KT’s organization. Moreover, if the National Pension Service, KT’s largest shareholder, opposes the plan to serve a second term as CEO of Koo through preliminary disclosure of voting rights, major institutional investors will also be affected. Even if they win the one-vote showdown, the irreversible deterioration of relations with the National Pension Service will be an obstacle to the company’s major decision-making in the future, according to the market.