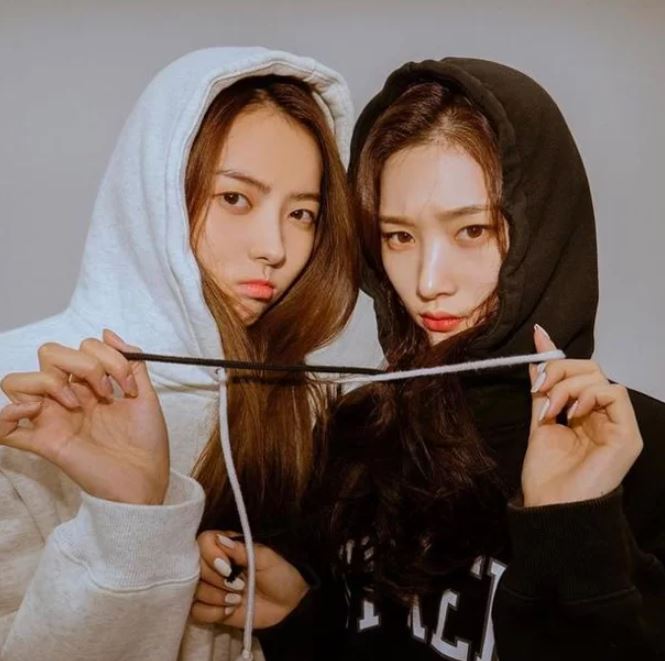 I.O.I. Lim Nayoung, who boasts chubby cheeks and fresh charm as if she didn’t lose baby fat, has already turned into her late 20s, unlike her childish appearance. After much time of agony and patience, he became stronger and deeper. Although he has an introverted personality that seems to be out of place in the fancy entertainment industry, his inner center and strong personality support him.

I.O.I. Lim Nayoung, a former member of the group I.O.I, is currently active as an actress. He recently returned to the movie “The Promoters” and confessed, “I studied characters as much as my debut film.”

“I watched a lot of movies, and the three of us, who played the role of the director and friend, met to talk about the script and revise it a lot. I think I revised the lines and developed them together.”

“Distributors” is a crime-tracking thriller about how videos taken carelessly by people can lead humans to ruin in modern society, where they cannot be free from cell phones. In particular, it depicts the ugly side of digital sex crimes that should not occur, such as the Nth Room and the Burning Sun case, and contains a strong warning message to distributors who will exist somewhere.

Lim Na-young does not have a lot of content, but she boasts a strong presence. He said, “There was a meeting proposal, but I read the script on the spot and met a few more times before I appeared. “I was disappointed with the amount, but I’m glad it came out,” he said.

It was also explained that it was not easy because it was the first character to challenge. “I put a lot of strength into my makeup and tried to create that kind of atmosphere externally. I’ve built up my muscles to look skinny. I watched a lot of BJs’ videos and studied their reactions when I got star balloons.”

I.O.I. Lim Nayoung, who was troubled by their various reactions, found the best point with the coach, thinking about “what would I do if I were you?”

“I had to do it with my energy up during the shoot. It was 8 or 9 in the morning and it was the first scene of the day. It felt like it was too much. Since I have to be sober, I wanted to do it like “Let'”

The actor who worked together as a BJ was 20 years old, eight years younger than Lim Na-young. “I thought I should get closer quickly because I have to look like a friend. We met privately, bought delicious food, chatted and walked, and tried to get closer.”

As for the response of an idol who was born early in the movie, he said, “It’s such a good experience and I feel like I’m accumulating a lot because it’s a natural opportunity. “It was nice to meet fans after a long time while doing GV,” he said with a smile.

When asked if she keeps in touch with the I.O.I members, Lim Na-young replied, “I keep in touch with Jung Chae-yeon a lot these days.” “We don’t talk a lot about acting among ourselves, but sometimes we talk about our worries and things like that. We sometimes share how we feel. I enjoyed watching the drama, “Drinking Alone”. It’s Chaeyeon’s first time doing it, but she’s good. “You’re talented in acting.” I remember watching it.”

Nicknamed “Stone Nayoung” after appearing in “Produce 101,” he said, “I’m glad that I’m here because I just debuted and remembered it as a nickname,” but added, “It’s a process that I have to break down when I act in the future and it’s a homework that I’ll take.”