“I like watching martial arts at home…” actor Kim Hyun-joo said.There was no difficulty in action.

Actor Kim Hyun-joo said, “Jeong’s hairstyle was also completed after several attempts. “As I worked on the work, I felt that I was becoming more affectionate,” he recalled. 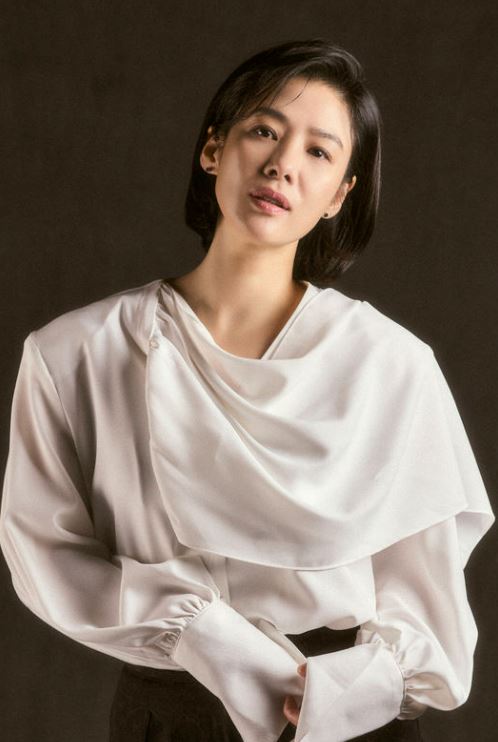 In an interview held at a cafe in Sogyeok-dong, Seoul on the morning of the 25th, Kim Hyun-joo said with a smile, “I saw an article that director Yeon Sang-ho praised me as ‘friendly’ and thought what if I didn’t fit in.”

“Jeongi” (Director Yeon Sang-ho, Climax Studio, provided by Netflix) is a science fiction film about people trying to develop the best battle A.I. by cloning the legendary mercenary Jeongi’s brain to end the war in Shelter, which moved away from the ruined planet due to climate change.

Actor Kim Hyun-joo plays Jung Yi, who stands on the border between humans and A.I. Having performed bare-body action close to perfection, she said, “I usually like to watch martial arts games at home. “I often turn on TV at home,” he said. “I thought I could do it to some extent because there were not many actions in ‘Hell,’ but ‘Jeong’ was a different style of action.” Still, the action I’ve been working on in ‘hell’ has helped me to some extent, he said.

“Jeongi” was produced by Climax Studio, which introduced dramas such as “D.P.” (2021), “Hell” (2021), and “Loyalty” (2022). Expectations were high even before it was released as a science fiction genre presented by director Yeon Sang-ho, who pursues novelty, and intense transformation of actors who do not need a new subject and modifier, called brain cloning experiment in the 22nd century.

Actor Kim Hyun-joo then said, “I’ve been acting a lot of emotionally, so there haven’t been a lot of action and body acting. But this time, I had fun doing the movie,” he said. “There was no actual robot at the scene, but the action team acted well in action. So I think I was also able to do well without difficulties,” he said.

You can watch “Jeongyi” on Netflix now.