I apologized to the president of MBC. “It’s not the color of the medal we wanted,” he said. 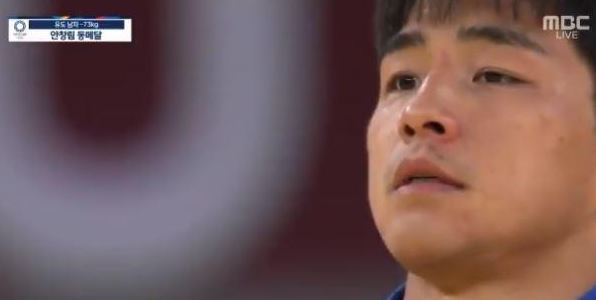 MBC President Park Sung-je apologized to the public on the 26th by introducing a derisive participating country related to the 2020 Tokyo Olympics broadcasting, and MBC has begun again due to inappropriate commentary. On the day President Park apologized, MBC’s broadcasters are drawing criticism from viewers as they made remarks saying, “The color of the medal is too bad” at the judo An Chang-rim’s game.

The controversy erupted when MBC’s broadcast team’s remarks were broadcast in the final match for the men’s 73kg bronze medal in judo held at the Japan Dance Hall in Tokyo. MBC’s broadcast team, which was broadcasting live for Ahn Chang-rim, the third-generation Korean-Japanese, said, “It is not the color of the medal we wanted.” “I think the athletes will be satisfied enough with the sweat and tears they have shed over the past five years,” he said, but some criticized him for cutting down the value of the medals he won in fierce competition by “color.” It seems to be a sad remark to the effect that Ahn Chang-rim has made compared to his skills and efforts, but it was considered to be from “Gold Medalism” while mentioning the color of the medal.

“It is rude to say such a thing in any color,” the social network service said. What kind of effort the player has made is more important than that in the game. Whether it’s not the color you wanted or not, that’s something only Ahn Chang-rim can say. Is it okay for others to talk carelessly? (xug****) ‘I’m third in the world. “I really can’t hear commentary” (dered**) and “If I were a really good commentator, I would have said, ‘It’s not the medal color I wanted, but our people would still be proud of it'” (hhLx9ZthiM**). I said this in consideration of Ahn’s participation in the Olympics with the goal of winning a gold medal, but viewers were uncomfortable because the context was not properly conveyed during the relay process. On the same day, An Chang-rim succeeded in piggybacking Rustam Oruzov (Agerbaijan) with seven seconds left before the end of the game, winning half of the bronze medal.

Earlier, MBC broadcasted the opening ceremony of the Tokyo Olympics on the 23rd, drawing criticism from inside and outside for using inappropriate data footage related to some countries, including photos of the Chernobyl nuclear accident and photos of the local civil war when introduced to Syria. On the 25th, two days after the ridiculous broadcasting accident, the men’s soccer group B preliminary match between South Korea and Romania on the 25th, “Thank you” at the top right of the screen said, “Thank you.” The phrase ‘Marine’ caused public outrage. Public criticism has intensified over the fact that MBC, a semi-public broadcaster, inappropriately broadcasted international events called the Olympics, undermining its national reputation. President Park Sung-je apologized to the public on the 26th, saying, “In the midst of the global coronavirus crisis, the broadcast damaged the Olympic spirit of friendship, solidarity and harmony among the people of Earth.”

MBC headquarters of the Korean Press Union, an MBC union, issued a statement on the 27th and vowed to use this time as an opportunity to keep pace with the increased sensitivity of viewers and establish a desirable attitude as a public broadcaster.