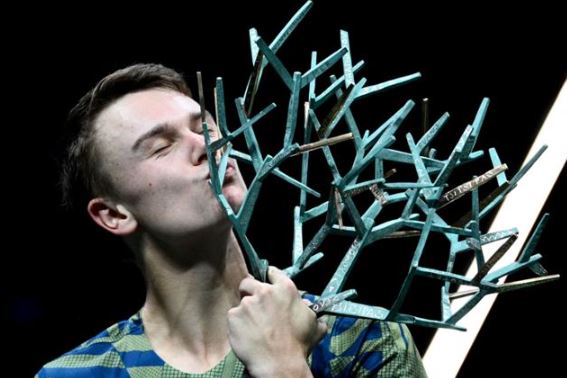 In this tournament, Lune defeated the strongest players in the top 10 singles world rankings (as of October 31) in a row to reach the final. Lune beat Hubert Hurkacz (10th at the time) and Andrei Rublev (9th), then withdrew from the quarterfinals against Carlos Alcaras, who was the same age, and Felix Oje Aliasim (8th) in the semifinals, all without a single set. Djokovic reached the final by defeating young players such as Lorenzo Musetti (20) in the quarterfinals and Stefanos Tsitsipas (24) in the semifinals, but failed to stop Lune’s rise.

Djokovic, who holds the most singles titles (38 times) in the Masters tournament, aimed to win his 39th career Masters tournament and top the Paris Masters for the seventh time, but was frustrated at the threshold of winning. “Lune is a devoted man who loves tennis and spends a lot of time training,” Djokovic said. “Congratulations to his team and family. He said, “I deserve this victory.”

“It was an honor to be on the court with Djokovic, my favorite player since I was young,” Lune said. “It was a fun tournament. “I will continue to go on and stand here again next year,” he said.