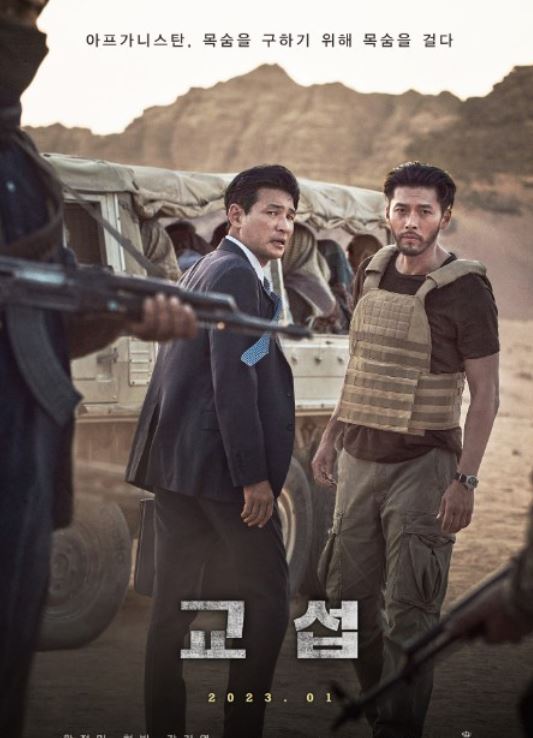 Actor Hyun Bin had a healthy son last year. Hyun Bin, who became a “child fool” by reporting the birth of his wife Son Ye-jin, was also referred to as a “hedgehog father.”

When asked, “Who do you think the child looks more like, mother or father?” Hyun Bin said, “I think it’s mixed, but I heard that the baby’s face changes a lot as it grows. I wonder where the final destination is,’ he also left a witty remark.

And with a great sense of responsibility, he returned to the movie Negotiation, which is based on the true story of the kidnapping of Koreans in Afghanistan.

Negotiation’ deals with negotiation operations by diplomats and NIS agents fluent in local circumstances who headed to Afghanistan to save South Koreans who became Taliban hostages.

Hwang Jung-min, who plays the role of diplomat Jung Jae-ho, leads the play with the belief that diplomacy is about protecting the safety of his people, while Hyun Bin, who plays Park Dae-sik, a specialized agent in Central Asia and the Middle East, negotiates by all means.

Hyun Bin said, “I have a trauma from the past when I had to watch helplessly as hostages die in front of me. So this negotiation operation is much more desperate than anyone else,” he said.

In the early days of the COVID-19 pandemic, the production team, which had to complete the impossible mission of filming overseas locations, traveled between Jordan and Korea, the most similar scenery to Afghanistan, and realized it so real that it was impossible to know where Korea and where overseas.

Nam Jung-il, CEO of One Take Film, said, “The murder case was also taken in the slum where it happened. “I brought a plane to the airport, took it, took it in the desert, and I put a lot of effort into setting up and doing it to take all this empathy in two months,” he said.

Hyun Bin, who opened the second act of his life as a father, is expected to surprise the audience with what kind of transformation he will make in the movie Negotiation.