Has Kim Jong-min wealth been found to be 50 billion won…”Honestly, five. It’s not 5 billion. 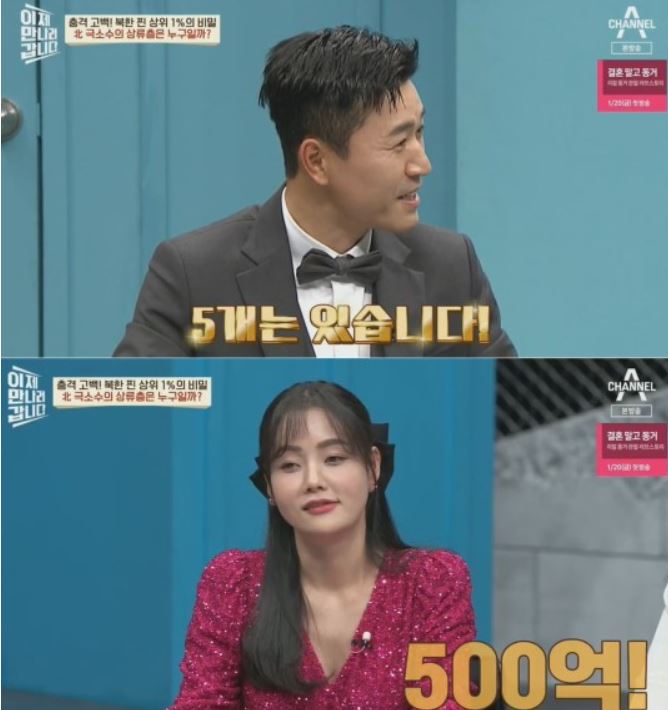 Channel A, a comprehensive programming channel that recently aired, talked about the secrets of the top 1% of North Korea and the very few upper classes in North Korea.

On this day, Nam Hee-seok asked the cast Kim Jong-min directly, “What is the top percentage now?” saying, “I became curious as I was talking about money.”

In response, Kim Jong-min pointed to the cast and was embarrassed, saying, “I don’t know how much you have.”

Then Nam Hee-seok narrowed down the questionnaire, saying, “Then, what percentage is it in the entertainment and music industries?”

In response, Jong-min tried to move on, saying, “There are more than rookies.” However, Nam Hee-seok put Jong-min in a corner by asking again, “Who is at the level of the entertainment industry?”

However, Kim Jong-min made everyone laugh by giving a silly question and wise answer, saying, “For now, it will be better than Hee-seok.”

Soon after, when asked, “Then is it 50 billion won?”, Jong-min smiled, and in the end, contrary to Jong-min will, his wealth turned out to be 50 billion won, ending the conversation, making Jong-min laugh in vain.

Meanwhile, Jong-min is the leader of the nation’s longest mixed dance group Koyote.