The group Kingdom is drawing attention as a pre-release stage of its new song “Hwawolga,” which is based on the traditional folk song Miryang Arirang. 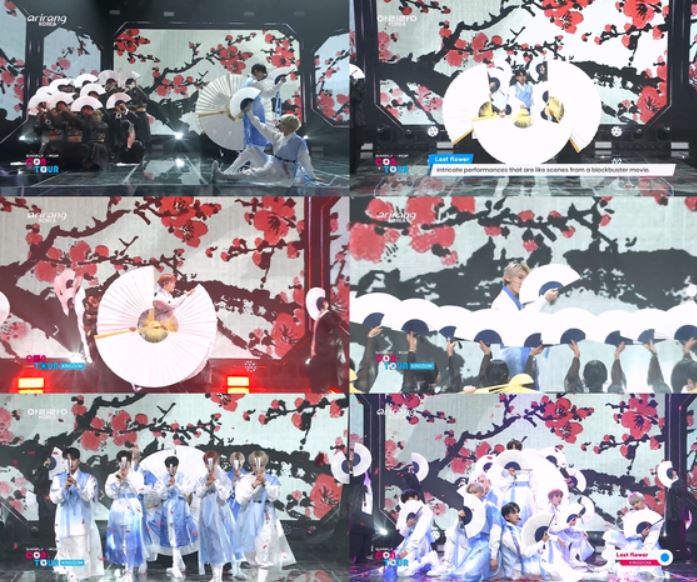 What drew more attention from the feature was Kingdom’s stage, which presented a new song that had not been released on the show. In line with the Korean traditional music special, the group Kingdom attracted the attention of global K-pop fans with a stage that harmonized Korea’s unique emotions and K-pop, including costumes, props, performances, and melodies. The stage video, which was shared online, has more than 10 times the number of views compared to other videos in the episode, and is receiving enthusiastic responses from global fans.

Hwawolga is a song based on Miryang Arirang, a traditional Korean folk song, and expresses Korea’s unique emotion, Han, with a sad heart for the woman he loves, becoming the main character waiting for Arang in the Miryang Arirang folk tale. Hwawolga, which repeatedly used “Arirang Three-Three-Rang,” which is familiar to the public’s ears, attracted listeners with its magnificent melody by adding powerful and heavy sound unique to Kingdom along with traditional elements.

The fan-based performance was harmonized with the sharp group dance, giving off a magnificent atmosphere with epic poems, giving a deep impression. As if looking at a watercolor painting, the use of fans was tied gently and intensely, embracing the new sentiment of Korean K-pop.

Fans are also requesting the official release of “Tuesday Street”. Expectations are high for Kingdom’s comeback, which perfectly sublimated Korean sentiment into a performance and raised expectations for the title of “stage master.”

Kingdom drew attention not only to the “Tuesday Street” stage but also to the live cover stage of “Thunderous” by Stray Kids, which performed at “2022 AAA AFTER STAGE” last year.