Gen.G, who kept his pride as the first seed of LCK, beat RNG and finished the group stage in first place 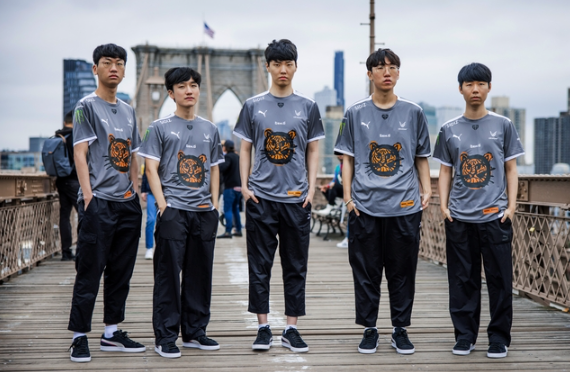 Gen.G kept the dignity of the LCK No. 1 seed.

The eighth day of the group stage of the 2022 League of Legends World Championship (hereinafter referred to as the 2022 LOL World Cup) was held at the Madison Square Garden Hulu Theater in New York City on the 17th Korean time. After winning against CFO, Seves, and RNG, Gen.G also won the tiebreaker match against RNG, making it to the quarterfinals as the first place.

The Seavs won their first game against the CFO. The Seavs pressed their opponents hard on the back of Jungle Viego and Bottom Duo Seavs, who built three dragon stacks in 19 minutes, later succeeded in acquiring the dragon’s soul. In an advantageous situation, he allowed his opponent to hit through excessive play, but eventually succeeded in removing CFO’s Nexus and won his first victory in this tournament.

Gen.G’s Top Gragas, whose growth was limited by the opponent’s ganking, made up for the loss by knocking down the opponent Renekton with Akali’s support. Gen.G, which unilaterally built the Dragon Stack, took down the Nexus in 26 minutes with a unilateral victory in the battle against CFO.

RNG continued its winning streak by winning three games against the Seavs. A tight race ensued. RNG seemed to take a safe victory. However, the Seavs won the battle against RNG with Mid-Victor’s performance, leaving the game unaccounted for.

Seavs, who chose Sena and Seraphin, did not lag behind RNG’s Sibir and Yumi in growth and gave their team members strength in the face of hostilities. Seves wanted to secure victory by hunting Baron Nashor. However, RNG, who recognized this, finished the game after knocking down all the Seves’ champions through a skirmish. With the loss of Seavs, Gen.G and RNG will confirm their advance to the quarterfinals.

In four games, Gen.G took the victory against the Seavs in 25 minutes. Gen.G pressed his opponent on all lines. Seavs tried to reverse the flow through a messenger hunt, but Gen.G took even this, widening the gap with his opponent. After winning the battle in the central region, Gen.G, wearing a Baron buff, advanced to the opponent’s main base and easily removed the opponent’s Nexus.

RNG beat CFO in five games with good performance. In the early stages, CFO’s Draven took the first run against Nami, and CFO seemed to show a good flow. However, RNG’s jungle bike bothered the opponent Jungler through its skillful movement, and RNG, who showed a more solid appearance over time, won without difficulty. 부산출장마사지

In six games, Gen.G made a tiebreaker match against RNG. Gen.G, which widened the gap between Mead and Bottom in the early hours, quickly built a dragon stack and widened the gap with his opponent. After the appearance of the sea dragon, where Gen.G can become the owner of the dragon’s soul, RNG succeeded in stealing the dragon and bought time. However, Gen.G, who killed Baron Nashor using the opponent’s maintenance timing through quick judgment, headed straight to the opponent’s main team without maintenance. Starting with Akali, he finished the game after flying an ace against RNG trying to stop them.

Gen.G and RNG once again overpowered RNG in the first place match, which was held with 5 wins and 1 loss side by side by side. “Peanut” Han Wang-ho’s bye gave Camille a boost to his growth toward the top line at every important moment. Gen.G’s Mead and Bottom Liners skillfully let go of the opponent’s jungler’s ganking, providing no timing for the opponent to benefit. RNG worked on the latter half of the year, stacking objects. However, Gen.G, who won the battle between the second messenger and Baron Nashor, used his initiative to advance to the opponent’s bottom area and finished the game.