Galaxy S23 is about to be released.The signature color is leaked, too 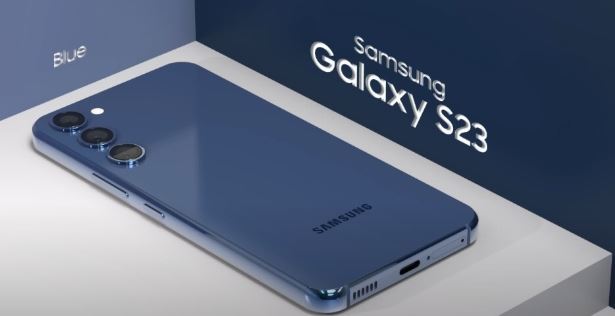 Samsung Electronics’ Galaxy S23 is unveiling its specifications, colors, and advertising strategies one after another ahead of its unpack (new product release) on February 1 next year. Two months before the launch of the Galaxy S23, competition between Samsung Electronics and Apple is expected to intensify in the global smartphone market as representative colors of each model, which is the core of the marketing strategy, are revealed.

According to foreign media reports such as 91 Mobile, an IT magazine, on the 25th (local time), advertisement promotional materials containing the actual images of three models of the Galaxy S23 series were leaked. The top-end specification model “Ultra” is green and “Plus (+)” is pink, and the basic model does not include due diligence, but light gold and pink gold are likely. This is the same content as Sam Mobile estimated.

Looking at individual specifications of the S23 series, it seems that the application processor (AP), called the “brain of smartphones,” will mainly be equipped with Qualcomm’s latest AP, “Snapdragon 82nd Generation.” Expectations are rising that some models of Samsung’s own AP “Exynos 2300” will also be installed in parallel. The Galaxy S22 series, which was unveiled earlier this year, is known to have “Snapdragon 81st Generation” and Exynos in a ratio of about 8 to 2. Since then, as the negative atmosphere against Exynos has strengthened, it has been observed that the proportion of Qualcomm’s AP-oriented models will increase in S23 this year.

Samsung Electronics is expected to release the S23 series in early to mid-February, but it has moved up the release date to the first day of February. It is interpreted that it will take advantage of Apple’s absence to catch the demand for replacement at the beginning of the year. A trick is needed to reverse the fourth-quarter trend, which is usually called “Apple’s Season” by releasing a new iPhone series in September. According to market research firm TrendForce, Apple’s share in the fourth quarter is expected to be 24.6%, up about 7 percentage points from the third quarter. Samsung is expected to fall 2 percentage points to 20.2 percent, down 2 percentage points.

In particular, Apple is dominating the premium smartphone market. According to market research firm Counterpoint Research, Apple’s market share reached 60% last year even in premium groups of $400 or more. It is up 5 percentage points from 55 percent in 2020. Samsung Electronics, on the other hand, fell 3 percentage points to 17 percent. The remaining three Chinese brothers, Xiaomi, Oppo, and Vivo, are in a similar situation.

The success of the S23 series is expected to affect the future of Roh Tae-moon, head of the MX (Mobile Experience) business division, who oversees the smartphone sector. President Roh, who became the head of the wireless business department (current MX business department) in January 2020, was recognized for his achievements such as popularizing foldable phones and stabilizing profits, but he has a lot of homework. In the process of personnel reorganization, President Roh is also known to be the head of the Design Management Center and plans to strengthen the design.