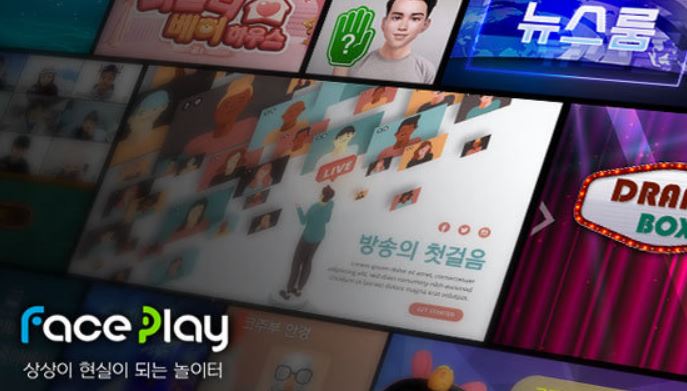 FACEPLAY, developed and serviced by Nexon, is a new concept of video play platform. It will be piloted today (5th) based on PC and web.

Users can create and consume video content through Faceplay, and further support sharing and streaming.

You can create popular short-form content on famous SNS channels, and anyone can become a influencer easily and quickly with a webcam and a microphone. In addition, it is possible to create a persona that can be another avatar of yourself, and to meet other users in the virtual world with this persona.

In February last year, Faceplay released a teaser video of “Gumiho Insider,” one of its mini contents, and conducted tests on some influencers.

In this pilot service, related contents will be released with an environment that can be gathered within the faceplay platform.

You can experience the ▲ Mabis theme with a persona that can decorate with full individuality, a video content production game, ▲ Drama Box, and video gathering space and broadcasting studio functions.

Through the pilot service, we plan to closely examine user trends of each content, specify the direction of the service, and verify the possibility of development as a social media platform.

Ultimately, the fun of the process and results of play will be naturally viral in the video, and through this, a virtuous cycle of video content will be created so that other users can feel the fun of watching.

“Faceplay supports a system that can easily and quickly create video content so that anyone can easily become a influencer,” said Choi Young-tae, general director of Faceplay. “We plan to create a virtuous cycle of video content that provides fun to other users.”

In addition to entertainment contents such as “Drama Box” during 2023, Faceplay will sequentially add various things to enjoy, including party games that users can gather and enjoy on video.

◆ Persona, another me on Faceplay = webcam and micro-participation faceplay, you can apply filters and virtual backgrounds instead of showing yourself as you are. If you press the bottom persona menu in the service, you can decorate yourself in the video through various combinations such as faces, eyes, hair, and accessories, and another persona will be born.

Persona recognizes the three-dimensional shape and expression of the user’s face through AI and image analysis technology and implements it in the form of a filter on the screen. In addition, tracking the position of the hand, capturing gestures, and floating 3D objects on the hand, or image effects may appear depending on the gesture.

◆ Drama Box, the main character of “meme maker” by appearing in various situational skits = Drama Box is a video content production function that allows users to participate in situational skits based on various scripts. In the pilot service, a total of 14 kinds of scripts can be filmed, including “What Do You Think,” “Separate Script Drama,” “Traditional Fairy Tale,” and “Goodbye Vlog.”

According to the script, up to eight people can access at the same time, with as little as one person and as many as five people participating as performers, and the remaining users will be staff members. At this time, it provides a quick matching function that can invite friends on faceplay or participate with other users. Video content made in about one minute can be downloaded in a file format or shared on your YouTube account.

◆ Mavis, a virtual space where everyone can meet, and a personal broadcast studio = MEVIS is a virtual space presented on Faceplay, providing a meeting place and studio function.

Users can gather together to talk, enjoy various contents such as mini games, and it can also become a personal broadcast studio if necessary. In the pilot service, you can experience a total of seven themes, including news rooms and audition rooms.

In the broadcast functionality theme, it consists of a concept that allows studio broadcasting without separate equipment such as “green screen” through virtual background technology applied to persona. Up to eight people can access the Mavis, and live streaming is possible through YouTube.