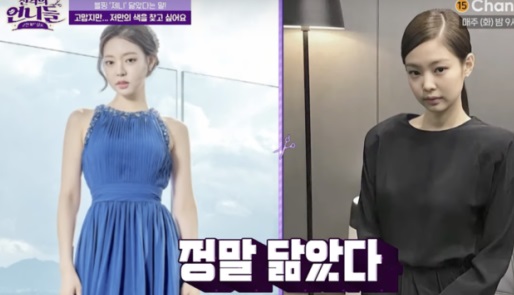 2022 Miss Korea Sun, who became a hot topic of conversation for her Jenny-like appearance in “Advanced Sisters,” delivered her grievances.

Jenny-like appearance appeared on S-channel’s “Advanced Sisters,” which aired on the 3rd.

Yoo Si-eun was the first guest to appear, the “2022 Miss Korea Sun.” Kim Ho-young looked at him and said, “Who doesn’t he look like?” and said, “He looks like BLACKPINK Jenny.”

When asked about her concern, Yoo Si-eun said, “I hear a lot of sounds similar to Jenny, but I also have a dream and I came out because I wanted to find my own color.” He, who is usually told that he resembles Jenny a lot, said, “There are times when I ask for a number and autograph to the extent that it causes misunderstanding. I think it’s because of a glance.”

When Jang Young-ran asked, “Do pretty people think they are pretty?” Yoo Si-eun answered, “I feel ‘clean’ when I see my bare face after taking a shower rather than looking neat,” and when asked if my eyes were plasticized, she said, “My mother gave it to me.”

When asked if there was a place she wanted to fix, Yoo Si-eun said, “I have the ability to control my cheeks,” adding, “There are changes in my cheeks depending on my condition,” adding, “It comes out in various ways every day.”