EDG-“Mayco” appeared in Times Square at 43 minutes every hour 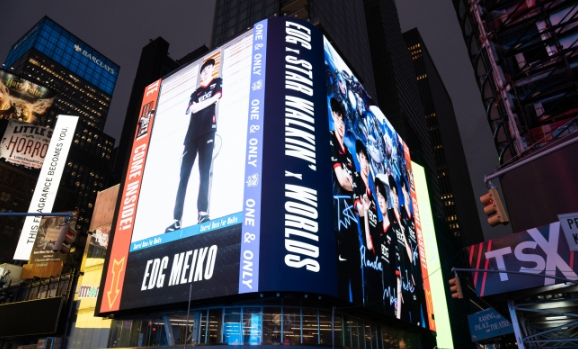 To be exact, a Chinese fan of “Meiko” was greeted, and EDG’s wish for the LOL World Cup was also made.

Last year’s winner EDG was eliminated from the 2022 LPL Summer Playoff, but beat Royal Never Give Up (RNG) 3-2 in the starting game and advanced to the LOL World Cup as the third seed.

It’s not the first time a LoL professional has been advertised in Times Square.

In 2019, T1 “Faker” Lee Sang-hyuk received a congratulatory advertisement ahead of his birthday in May.

Edward Gaming will play his first group stage match against T1 on the 7th.