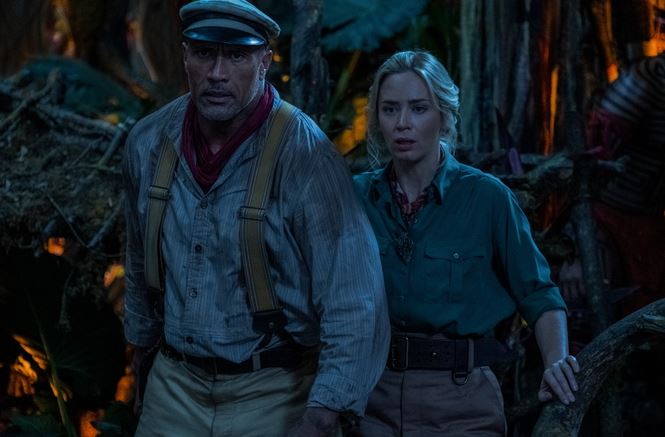 Acting as a captain in Disneyland’s attraction, with action plus “witty X charisma X thrill.”

Dwayne Johnson’s worldwide-loved appearance for his powerful action and witty performance, “Jungle Cruise,” a thrilling adventure by witty captain Frank (Dwayne Johnson) and brave and free-spirited plant explorer “Lilly” (Emily Blunt) to find ancient healing trees in the Amazon.
World-loved blockbuster action star Dwayne Johnson will completely transform into Frank Wolf, the cruise captain of Amazon in the unknown world, giving the best thrill with witty talk on Disney’s Attraction Original Action Adventure “Jungle Cruise.” In particular, the character is modeled after Skipper, the captain of the guide role who guides tourists to the unknown world, in Disneyland’s popular attraction “Jungle Cruise,” which was born amid the affection of founder Walt Disney. Skipper, one of Disneyland’s most famous attractions, has given special memories to tourists who visited Disneyland with his wit and wit, leading to no time to boredom. Dwayne Johnson is also loved by audiences around the world for her cheerful and witty performance in powerful action, adding to the curiosity about cruise captain Frank Wolf, who will be present. In addition, his first appearance in the history of filmography, wearing a hat, raises expectations for “Jungle Cruise,” which includes action, thrill, adventure and humor this summer.

Director Jaum Collette Serra, who directed “Jungle Cruise,” said, “Dwayne Johnson has never worn a hat in a movie. With a very bold choice, it shows a very special and unique visual throughout the movie. “I wanted to show Dwayne Johnson in the movie, who is full of playfulness in his head,” he said, raising expectations for Dwayne Johnson’s playful charisma, which was not seen in other works. And fantastic chemistry with Emily Blunt, who played the activist plant explorer Lily. Interest in Dwayne Johnson from “The Jungle Cruise,” which will lead Disney’s new action adventure, is hotter than any other summer.

“Jungle Cruise,” starring Dwayne Johnson, who will completely transform into “Frank,” the world’s most thrilling cruise captain on Amazon and visit fans around the world as Disney’s new captain, is scheduled to be released in July.