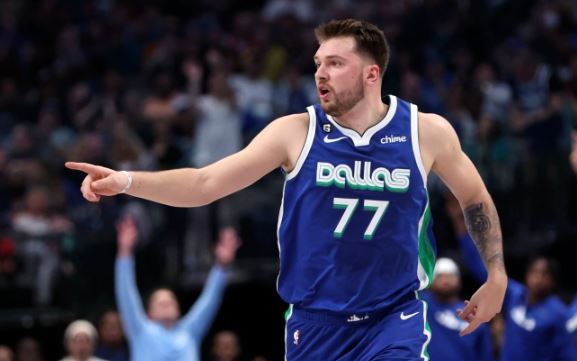 The Dallas Mavericks of the National Basketball Association (NBA) escaped from their fourth consecutive loss thanks to the performance of Luka Doncic, who scored a “triple double.”

Dallas won 116-113 at home against the Golden State Warriors in the 2022-23 NBA regular league at the American Airlines Center in Dallas, Texas, on the 29th.

Dallas, who escaped from four consecutive losses with the victory, recovered its winning rate of 50% with 10 wins and 10 losses in the season, ranking ninth in the Western Conference.

On the other hand, Golden State, which failed to win four consecutive games, ranked 10th, one notch lower than Dallas, with 11 wins and 11 losses in the season.

The match drew attention as a showdown between Doncic, the No. 1 scorer this season, and Stephen Curry (Golden State), the No. 2 player, won by decision.

Doncic led the team to victory with a triple double with 41 points, 12 rebounds, and 12 assists. Doncic has already achieved his fifth triple double this season alone and is well worth his name.

Curry scored 32 points, 5 rebounds, and 5 assists, but bowed to the defeat.

Golden State passed the attack to Dallas 10.1 seconds before the end of the game, when Curry committed a traveling foul, trailing 113-115, and Dallas succeeded in free throws with 4.4 seconds left, driving the game to a wedge.