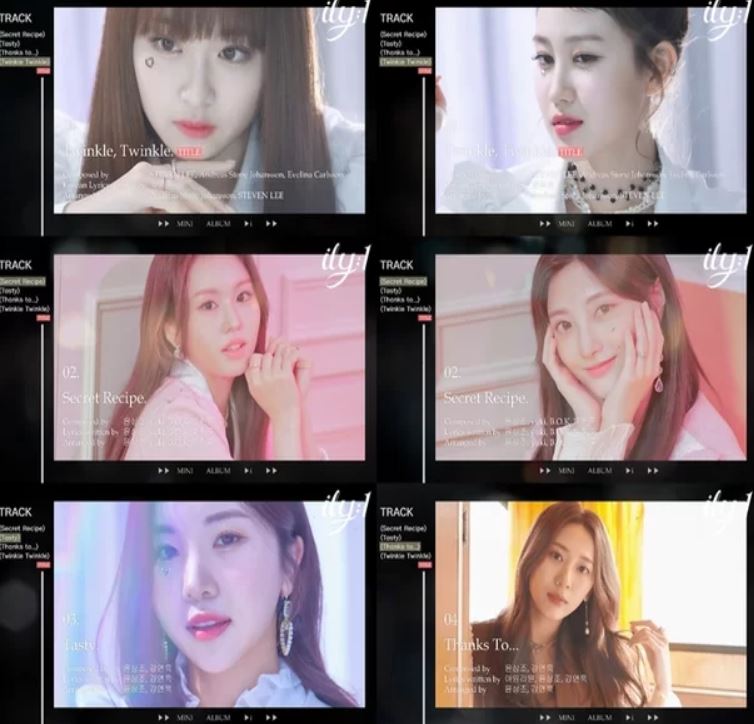 Girl group Ailee One (ILY:1) will present a “warm tone album” that will bring a warm and sweet feeling.

Ailee One (Ara, Lirika, Hana, Lona, Nayu, Elba) released a highlight medley video of its first mini-album “A DREAM OF ILY:1” on its official SNS and YouTube accounts on the 3rd.

In the video, some of the album’s songs, including the title song “Twinkle, Twinkle,” “Secret Recipe,” “Tasty,” and “Thanks to…” were included as medley.

In the highlight medley video, the title track “Star Flower Fairy Tale” with a refreshing yet emotional melody line captivates the ears, “Secret Recipe” with pop sound and addictive chorus, “Tasty” with Nayu’s sweet vocals and soft melodies, and “Thanks to…”, which the members’ sincere voices echo.

In addition to the highlights of the music source, the video also contains a variety of concept photos that allow you to feel the innocent visuals and mysterious charm of Ailee One, attracting fans’ attention at the same time.

Ailee One’s first mini-album “A DREAM OF ILY: 1,” which returned with a new song that feels warm just by listening to it, will be released on the online music site at 6 p.m. on the 5th. Offline albums can be purchased in advance on various music sites.