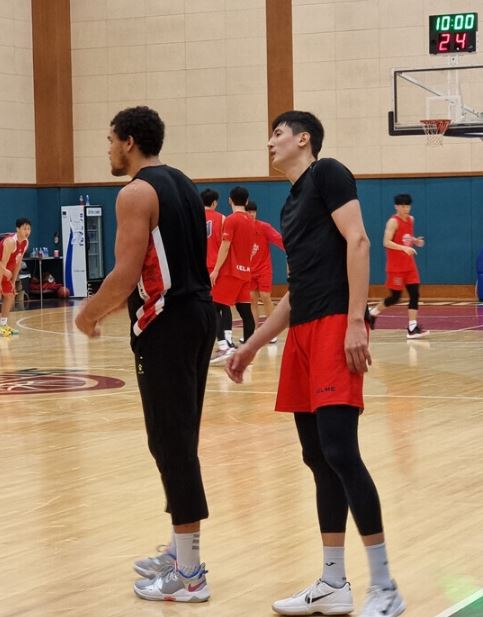 Ulsan Hyundai Mobis finished the first round with five wins and four losses. On the 16th, the second round will start with an away match against Anyang KGC Ginseng Corporation at Anyang Indoor Gymnasium. It will play its first home game against Seoul Samsung on the 19th.

Hyundai Mobis, which has played 10 games in the away game, will face home fans in its 11th game. The opening game of the Ulsan home game is good news for Hyundai Mobis players and Hyundai Mobis fans.

There is another welcome news. Choi Jin-soo (202cm, F) joined the team training. Choi Jin-soo, who has physical conditions, athletic ability, and a wide range of activities, can diversify the management of Hyundai Mobis players.

An official from Hyundai Mobis said, “(Choi) Jin-soo has continued to exercise in the D-League.” However, there was swelling after exercise. So I controlled it. “I joined the first-team training from today (9th),” he said, adding that he had a news about Choi Jin-soo.

RJ Abarientos (181cm, G) is also preparing to return. I am doing ankle rehabilitation exercises and lower body strengthening exercises. A Hyundai Mobis official said, “The swelling is gone. He started a reinforcement exercise and is trying to match the home opening game on the 19th. Of course, the exact return schedule can vary, he said, referring to Abarientos’ return schedule.

There is also bad news. Justin Knox (204cm, F) sprained his left ankle during training. After taking an ice pack and simple measures, I headed to the hospital. The exact degree of injury can be confirmed after a hospital examination.