China, it’s not even a goal to advance to the World Cup anymore. “Can Vietnam win?”” 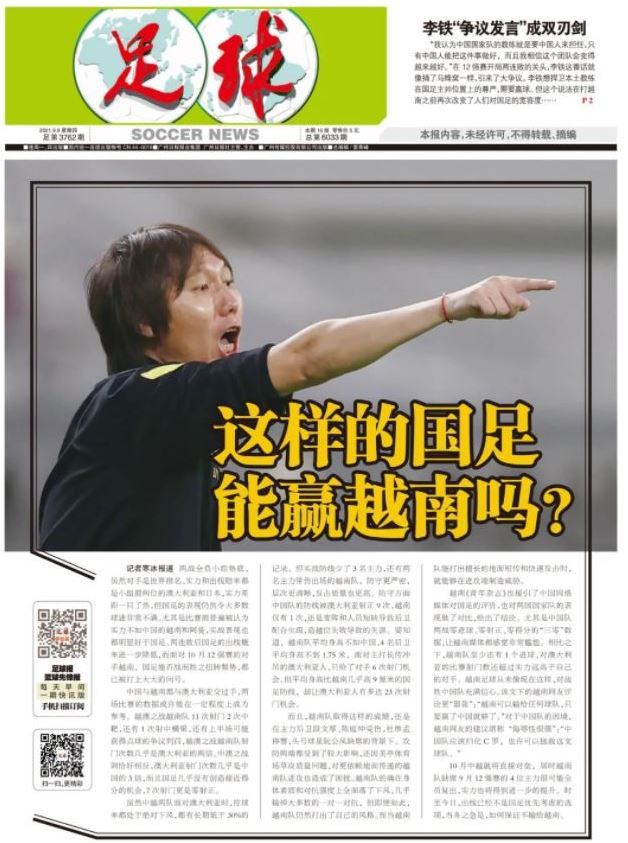 The Chinese national team is under strong criticism as soon as the final Asian qualifying round for the 2022 FIFA Qatar World Cup begins. This is because they lost helplessly to Australia and Japan. Despite being accompanied by a “naturalized person,” the national team’s performance was no different from before.

Based on the first and second rounds, Vietnam definitely looked better than China. Vietnam also failed to win both games, but it left an impression in every game. In the match against Saudi Arabia, he even scored the first goal, and in the match against Australia, he showed off his threat with numerous shots. There was regret in the players’ one-on-one ability, but the determination has been the same as it has been shown so far.

Vietnam, led by head coach Park Hang-seo, has succeeded in rapid growth in recent years and is now in the final qualifying round as if it has nothing to lose. Despite two losses, the atmosphere did not decrease at all. On the other hand, China, which has a downward trend in contrast to Vietnam, has no confidence. If China also loses to Vietnam, it could enter an uncontrollable phase. This is why the upcoming victory against Vietnam is more important than whether China will pass the final qualifying round.