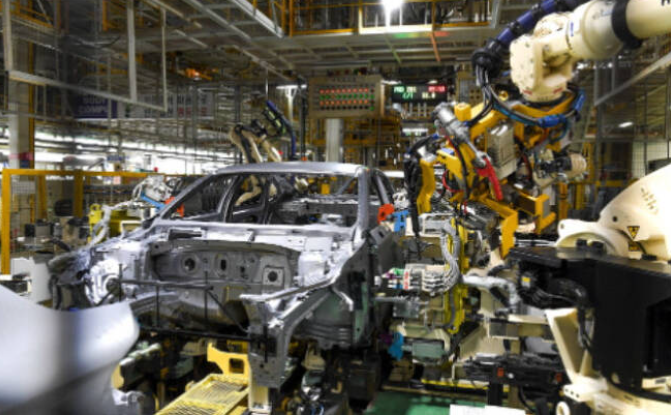 He says he won’t buy a car from now on. On the other hand, there are many people in line to buy it right now. According to a report released by Deloitte Korea on the 14th, domestic consumers’ willingness to purchase fell to the lowest level since September 2021. When asked about 100 people to calculate the purchase index, only 85.7 people expressed their intention to purchase it.

However, at this point, there are many people who want to buy it. According to Hyundai Motor, as of September, 760,000 units are waiting for release. At this point, the manufacturer’s strategy also begins to form a new edition. The decision is whether to increase production or create only the planned amount. Consumers ask manufacturers to increase production as the release time is prolonged, but companies have different ideas. In the case of production, it is difficult to reduce the number of facilities once they are expanded, so it is only trying to reach the planned goal. In this situation, with the report on a decrease in purchase intention, the position of no increase in production is bound to become more firm.

The reason for the decrease in willingness to buy is the rise in living costs. In particular, a rate hike is the biggest factor in reducing various spending. In the Deloitte survey, six out of 10 Korean consumers voiced concerns about serious inflation, which heralds a change in spending items. In the case of cars, it means that they are more likely to choose used cars when they increase the retention period of their cars or change their cars rather than buying a new car.

Raising raw material prices is also a burden. As the global supply chain becomes unstable, inventory of parts, which has been focused on reducing, is also bound to increase again. The move was chosen as unexpected regional blockade and war became threats to the supply chain. However, excessive price hikes may rather cause consumers to leave. So I try my best to find the right line.

When the manufacturer weighed the production volume, the store complained of difficulties. Hyundai’s domestic sales reached 540,000 units in the first nine months of last year, but this year’s sales fell 8.1 percent year-on-year to 496,000 units during the same period. Considering that total domestic and foreign sales fell 1% year-on-year to 2.9 million units, this means that domestic investment in finished cars has been reduced. In fact, overseas sales increased 0.6% year-on-year to 2.4 million units. This is the background of the clamor because there is no shipment at each domestic store.

Therefore, there are growing calls for increased production. But as long as there is uncertainty in the future, companies will not increase production. In addition, we are well aware of the possibility of consumers leaving. From the manufacturer’s point of view, 20% of those waiting for shipment are considered imaginary. Based on Hyundai Motor, 150,000 out of 760,000 units are likely to disappear. This is because there are many cases where contracts are placed on several models and cars are selected first.

Therefore, it is difficult to resolve the current shipping congestion easily. Even if you want to buy it, you can’t buy it, but the number of people who don’t want to buy it may gradually increase. Nevertheless, companies try to increase the amount of contracts as much as possible. This is because the contract is the preservation of the production volume. Of course, there is not much room. According to Alix Partners, a global consulting company, the shortage of semiconductors that emerged as manufacturers increased production of electric vehicles is expected to continue until 2024. This is because the demand for semiconductors of electric vehicles, which have to expand their weight to cope with carbon neutrality, is more than 10 times higher than that of internal combustion engines. This is why manufacturers, which are not able to easily increase production, are also worried about consumers waiting for release. 토토추천