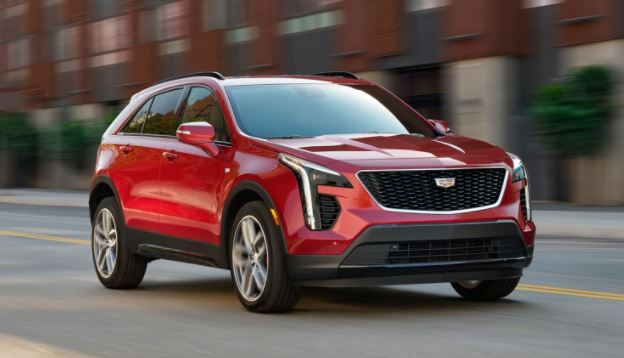 The Cadillac brand is a model of pride for U.S. cars and is one of the most advanced models in GM’s lineup of the U.S. Big Three. Sedans, coupe and SUVs, which are being released, are also increasing their awareness to the point that they are being used as protocol cars for the U.S. president with their uniform style and luxurious characteristics. As the Cadillac gradually reduced its body size, it even created a small SUV, giving owners a wider range of choices.

Cadillac launched its new entry-class luxury SUV XT4 in Korea and started selling it to customers in earnest. Expressing Cadillac’s younger brand identity, XT4 is a model that can satisfy next-generation luxury consumers with its unique design, relaxed performance, various connectivity-based technologies, best-in-class spatiality and safety. Cadillac plans to strengthen its positioning as a representative brand of Young American Luxury, which was completed through the XT4, which newly defines an entry-class luxury SUV.

In fact, Cadillac is a brand that has once again risen to the top of the U.S. big three as its parent GM has overcome many difficulties. Cadillac, which had been changing since then, was replaced by CT for sedan models and XT for SUVs in 2015, and it was a new era. Through this, sales have also increased, drawing more attention, and GM has suggested that it will add eight new cars to the Cadillac brand by 2020 to target 500,000 units a year.

The overall style emphasized the attractive style of XT4 based on the character line and sporty style that shows the design identity of the simple yet unique Cadillac at a glance. In addition, a total of seven color portfolios, including Autumn Metallic, which are specific to XT4, actively express the individuality of next-generation luxury consumers. The body size is 4,595X1,885X1,610 and the wheelbase 2,779mm, respectively.

Glossy black mesh grille with emblems around the front, glossy black fascia inserts in the front and rear, and Cadillac’s signature day-time running lights are located in harmony to complete the first impression of the confident XT4. In addition, the luxurious front looks are delivered as well as the top models and family looks.

The side features XT4’s character, along with a special design of 20-inch alloy wheels, which are treated in glossy black and provide the largest-in-class size, with roof rails, window surround molding and body side molding that visually smoothly connect the front and rear. Lear is the only Cadillac SUV design to emphasize the unique characteristics of XT4 by applying vertical L-shaped lighting signature.파워볼사이트

According to Cadillac’s Cut-and-Sewn strategy, the interior was finished by craftsmen to maximize the strength of luxurious materials, while carbon fiber trim and white ambient lighting emphasized the luxury of XT4 interior. In addition, it is creating a new sensibility of XT4 with its sophisticated design and finish so that it can feel like entry-level luxury.

In addition, the satisfaction of indoor experience is completed through a large space. The second row space provides the best-in-class space with 1,004 mm legroom, 970 mm headroom and 1,400 mm shoulder room respectively. In addition, it provides load space that transcends segments of 637 liters and 1,385 liters when folding in second row to maximize space utilization.

The XT4 has a variety of premium convenience specifications that increase satisfaction with direct vehicle experience, including first-row driver and passenger massage seats, as well as air ionizers, first-row heating and ventilation seats and second-row heating seats for comfortable boarding environments.

In addition, the class’ only rear camera mirror extends the rear clock by more than 300% when driving and supports functions such as reduction and magnification, vertical angle adjustment and brightness adjustment to ensure optimal rear view according to driver’s needs.

Cadillac also played a crucial role in the market’s restructuring by abandoning its previously stubborn muscle engine and adopting a downsize engine. However, after some time, models belonging to large emissions and body parts are also included in the lineup, and powertrains, which are difficult to see as downsize, are also applied to XT4.

XT4 has an efficient yet powerful performance in line with the needs of young customers who pursue a wide luxury life. The 2.0-liter direct injection gasoline twin crawl turbo engine applied to the XT4 has a maximum power of 238 horsepower and a maximum torque of 35.7kgm combined with the best-in-class automatic 9-speed transmission.

In particular, the XT4 also features an active sports chassis and CDC suspension applied to Cadillac’s large SUV XT6 to effectively control the response of the road surface while providing even more agile movement in cornering. It also features a twin clutch all-wheel drive system to freely adjust the driving force distribution to the wheels on the four sides and to ensure that the road grip is not lost in any driving conditions, such as off-road, snow or rain.