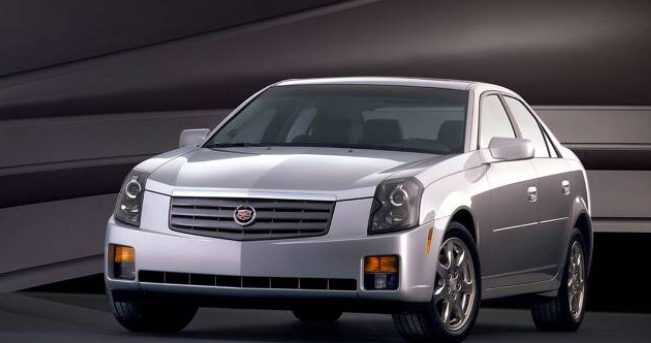 The automobile industry in the United States began its history very early, and over the course of more than 100 years, countless manufacturers were born and disappeared and reorganized into today’s system. In addition, there are manufacturers that survive to the end and continue their history. A representative example of them is Cadillac, an “American luxury” brand that boasts 120 years of history. Cadillac has remained a luxury brand under General Motors (GM), the largest U.S. automaker from its inception to today, and is one of the most well-known American luxury car manufacturers in the U.S. as well as in the domestic market. In Korea, the Sunjong Hwang Control Tea, which was driven by Emperor Sunjong at the end of the Joseon Dynasty, was also the Cadillac’s Type 57 (Type 57) and has officially entered the Korean market since 1996 and has continued its business.

The most prominent feature of Cadillac’s mass-produced cars is its ‘design’. Their unique design language, which becomes “plagiarism” the moment they try to imitate even a little, is one of the main elements of the Cadillac brand’s charm. Cadillac’s unique “Art & Science” design language, which has a unique angle and shows an exceptionally noticeable and unconventional design among cars of the time, has become the basis for creating the intense personality of Cadillac CTS today.

Meanwhile, there is a twist in the unconventional aspects of cars shaped in Cadillac’s Art & Science design language that incorporates Cadillac’s long history and “tradition.” Although horizontal headlamps have now been applied since the advent of the Escalar concept, Cadillac vehicles, which were released before the advent of the Escalar concept, used vertical headlamps. In addition, the elements that are known in Cadillac’s signature style today, such as the shape of the bonnet rising in the center, the grid-shaped radiator grill angled in the center, and the pin-type rear design, are all modern reinterpreted using Cadillac’s traditional design elements. And the first “CTS” is the first car that has contributed greatly to reforming Cadillac’s brand image by presenting this Cadillac style for the first time.

In the 1990s, Cadillac was falling

In Cadillac’s more than 100 years of history, the first-generation Cadillac CTS is a model that is only 20 years old. Although this car accounts for a small portion of Cadillac’s entire history, it is a model that is considered to have set up a turning point that Cadillac could have existed as an “American luxury brand” to this day despite the collapse of many U.S. car manufacturers.

Cadillac CTS received this evaluation because it is worth paying attention to Cadillac’s situation before the emergence of Cadillac CTS, that is, before 2002. Until this time, Cadillac had not shown any significant innovation since Cadillac Eldorado in the 1950s. In particular, since the two oil crises, GM’s complacent management, which has tried to make up for “cost reduction” instead of “product innovation,” has been losing its vitality as a luxury brand. At this time, American automakers were constantly losing their share to foreign automakers who were introducing attractive new products through technological innovation. In particular, Japanese car manufacturers were attacking in the mass car market, and European manufacturers, including Germany, in the luxury car market. And in the process, the so-called “Big Three” (GM, Ford, and Chrysler) American car manufacturers were falling in the passenger car market.

Among them, GM is considered to have been abusing so-called “badge engineering” the most indiscriminately. Badge engineering applies different manufacturers’ badges (marks) to the same vehicle type, which not only reduces new car development costs, but also reduces localization or development costs in the export market, and allows flexible operation of the sales network. However, GM’s strategy of prioritizing extreme cost reduction in addition to excessive overuse has become a “collaboration of madness.” In order to reduce costs extremely, it was not only necessary to unify the entire passenger lineup into a single horizontal front-wheel drive without any significant technological innovation, but it was only changing and selling badges to cars that were overshadowed by their individuality.

Due to this management, the individuality between GM models has become overshadowed day by day, and product competitiveness has decreased day by day. In particular, not only De Ville, a large sedan that served as Cadillac’s flagship from the late 1990s to the early 2000s, but also Seville, a semi-large, were using the same horizontal front-wheel drive. GM’s badge engineering was so notorious that it was even used as the location of comedy programs, and even its prestige as a leading luxury car brand in the United States has been tarnished. For this reason, Cadillac has already been shunned by young consumers since the 1970s, and in the 80s and 90s, it was even evaluated as “for the elderly.” Therefore, Cadillac breaks down this image and enters a bone-cutting “innovation” to rebuild the brand’s prestige.

“Innovation” to survive, and Art & Science
Cadillac needed an innovative car that was fundamentally different from conventional GM cars. Among them, a sedan model equivalent to a medium-sized (D-segment) class that should be in charge of the brand’s waist was needed. In particular, in order to face the German brand’s D-segment sedan, which is encroaching on the luxury mid-sized car market, it required rear-wheel drive to support excellent control performance and ride comfort, and the vehicle size was smaller than that of conventional GM vehicles and had a stronger foundation.

The design base developed in this way is the ‘GM Sigma Platform’. The GM Sigma platform is a platform that replaces the G platform and V platform that GM has used so far, and was developed in consideration of being used in four-wheel independent suspension devices and rear-wheel-drive and rear-wheel-drive vehicles. Cadillac’s 2002 launch of the CTS in South Korea revealed that it aimed to benchmark Mercedes-Benz’s E-class in styling, Volvo’s C70 in safety, and BMW’s 5 Series and Audi A6 in driving performance, with vehicle prices on par with Lexus’ ES300.

While securing this design foundation, Cadillac has also set up a new design language that will give it its own unique personality. Cadillac needed a design language that could capture its tradition and heritage, but leave a stronger impression than any other manufacturer. In the process, the concept car EVOQ, which was introduced through the Detroit Motor Show in 1999, will be created. Cadillac Evoke appeared as the first concept car and study model built on the early Art & Science design language.

In addition, Cadillac designed the Cadillac CTS’s appearance to give it an American look that only Cadillacs can do. Therefore, they borrowed images of stealth aircraft, a unique design element representing the United States and an aggregate of state-of-the-art technologies. In particular, stealth aircraft were the most advanced field in the world, both in the past and now, so it was perfect for expressing the “America of a New Era.” In particular, the angular and sharp lines and geometric shapes unique to stealth aircraft were factors that could make a clear impression on the vehicle. Of course, this was considered a very dangerous attempt even within GM, but Cadillac boldly pursued this direction for its new car for its new era.

The interior is designed to emphasize “comfort” and “convenience,” while providing a variety of convenience equipment expected by consumers looking for luxury passenger cars. The interior design also had a unique language of CTS, which does not resemble any car of the time, and although it was not a German-style formal design, it features a futuristic atmosphere that harmonizes with the exterior design. On top of that, we tried to balance the modern feeling with the traditional luxury by actively using natural finishing materials. Wood trims were limited to parts that could be reached, such as steering wheels, gear knobs, and door handles.

21st Century, Icon of Innovation Presents ‘Cadillac CTS of a New Era’
The completed new car was given the name “CTS” after encountering a new design foundation that was completely different from the conventional Cadillac, and a stunning design language that was completely new and faithful to the brand’s tradition. CTS stands for the Cattera Touring Sedan, which was actually not a very good name. The Catera is one of the badge engineering models Cadillac has put its badge on the Omega, a mid-sized sedan in Opel, Germany in the past. The original Opel Omega was a mid-sized sedan with a solid rear-wheel drive, but the car was based on a popular brand model, so it was considered a product that did not meet the needs of the luxury car market and was quickly sold out.

Cadillac first introduced its new luxury mid-size sedan, the Cadillac CTS, at Pebble Beach in Monterey, California, in August 2001. Cadillac’s new CTS has attracted the attention of the luxury car market (especially the U.S. market) with its unprecedented design, solid and excellent driving performance and various convenience equipment that could not be expected from conventional GM models. This is because this car was not only an independent rear-wheel drive model that appeared more than a decade after the Cadillac Cimarron, which appeared in 1988, but also a model that differs from the existing Cadillac in every way.