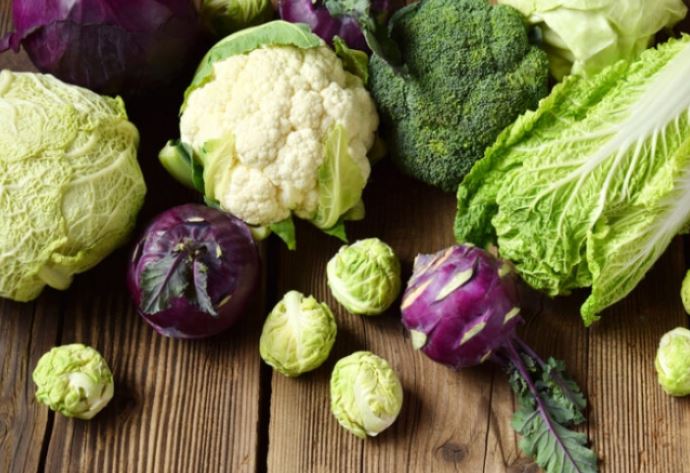 The name Cross Flower is very unfamiliar, but it is easy to understand if the common cabbage and broccoli are representative vegetables. The group of vegetables, called “cross-flower” because their petals are cross-shaped, includes cauliflower, cabbage, radish, and mustard in addition to cabbage and broccoli. Cross-fruit vegetables are considered a representative anti-cancer food, which helps prevent and treat some cancers.

However, the research team points out that the results cannot be applied equally to people in other countries, including Americans. This is because there is a difference in bioactive ingredients such as cruciferous vegetables, such as broccoli, which Americans commonly eat, turnips, and Chinese cabbages. In addition, the effect is bound to be different because there are differences in the amount and type of cross-fruit vegetables consumed by American and Chinese women, respectively.

These findings are significant in that they have confirmed that cross-fruit vegetables help not only prevent cancer but also treat it. As the research team mentioned, the anti-cancer effect of cross-fruit vegetables cannot be applied uniformly to everyone. This is because the type and intake of vegetables vary depending on the race or living conditions of the residence. In other words, the effect may vary depending on the type of crossflower and the amount of vegetables frequently consumed by each country.

Studies have shown that the incidence of breast and bladder cancer in people who frequently ate cruciferous vegetables is significantly lower than that of those who did not. The anti-cancer effect of cruciferous vegetables comes from the “glucosinolate” ingredient. This ingredient is a chemical that vegetables store for self-defense, giving it a pungent or bitter taste. Animals can survive by making them not feel like eating when they are greedy for cross-flower vegetables.

Glucoraphanin, a type of glucocinolate in cabbage and broccoli, produces a substance called “sulforaphane” when it interacts with a decomposition enzyme. Sulphoraphane acts directly on cancer cells and induces cell self-destruction. It seems to be due to this function that helps treat breast cancer.

Cancer patients cannot endure difficult chemotherapy or radiation therapy if they only consume vegetables as a preventive method. You need to eat an appropriate amount of meat, eggs, etc. to supplement your protein to develop your physical strength. When you eat cruciferous vegetables, you should eat them raw or cook them with minimal water and heat. Glucosinolate compounds in cruciferous vegetables melt away when boiled in water. If boiled in hot water for a long time, enzymes cannot function properly and cannot produce sulfolafan, an anti-cancer substance, so it is recommended to blanch it slightly.