BTS Jin, your determination to join the army…Rather than being pushed away, “choice and decision.” 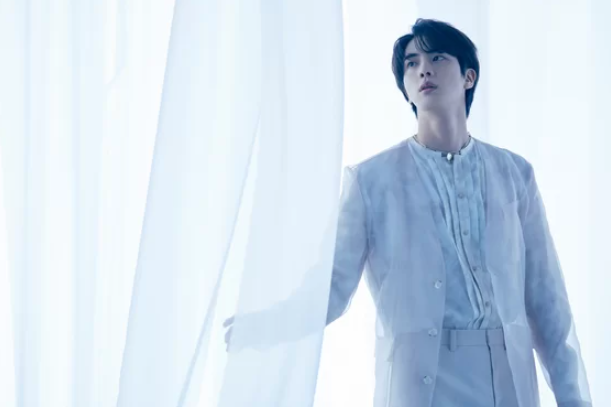 Jin, the eldest brother of the group BTS, has begun preparing to join the military.

His agency Big Hit Music announced on the 17th that “Jin will apply for the cancellation of the postponement of his enlistment at the end of this month and follow the enlistment process of the Military Manpower Administration later,” adding, “Other members will also perform their military service sequentially according to their plans.”

However, the Enforcement Decree of the Military Service Act does not include “popular culture” as a specialty in the arts and sports fields, raising the issue of equity for popular cultural artists who promote national prestige.

BTS mentioned that it was the “last concert” during the 2030 Busan World Expo held in Busan on the 15th. Earlier in June, he announced his solo-oriented music rather than group activities, and this process was based on his military duty.

Jin’s enlistment date was not set in detail. However, he is expected to join the military after the release of his new song as he is about to make his second solo debut after J-Hope.

Regarding the enlistment, the BTS has been in a position that “I will go on my own when the time comes.” However, opinions on the introduction of alternative service for BTSs have come to the surface in the popular culture community, and political circles have reportedly amplified the pros and cons, causing heartache for others.

Last month, 60.9% of the respondents said they approved the revision of the Military Service Act, which included pop culture and arts artists who contributed to promoting national prestige such as BTS as art and sports agents, overwhelmed 34.3% of the respondents. As a result, there were fierce pros and cons among lawmakers over the introduction of an alternative service system for them during the parliamentary inspection of the National Defense Commission, including the Military Manpower Administration on the 7th of this month.

Meanwhile, after Jin joined the military, RM, J-Hope, Jimin, V, Jungkook, and Suga also plan to fill the vacancy of the members with their own album work and individual activities.