BTS J-Hope, the U.S. ‘New Year’s Rocking Eve’…hard work until the end of the year 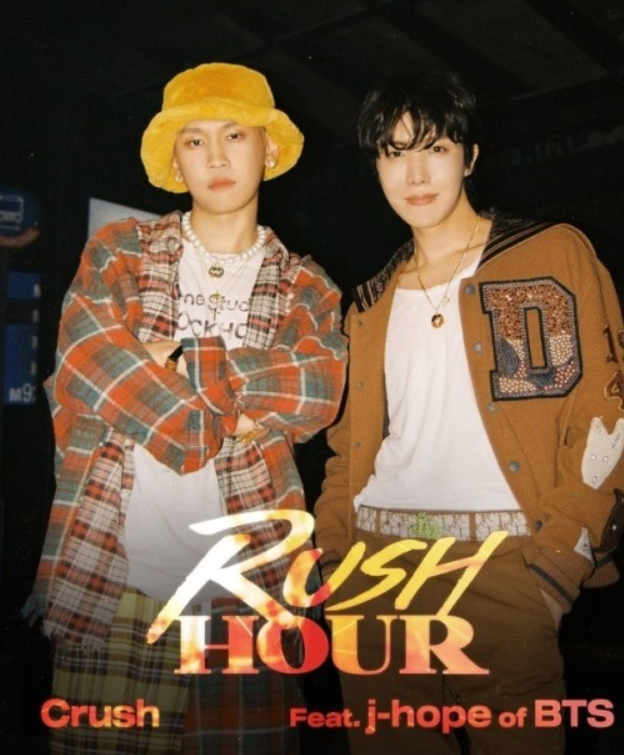 Rub BTS (BTS) member J-Hope will appear on the U.S. New Year’s show and successfully end his hard work in 2022.

J-Hope left for the United States via Incheon International Airport in Unseo-dong, Jung-gu, Incheon on the morning of December 28.

The departure is to appear on the U.S. New Year’s show “DICK CLARK’S NEW YEAR’S ROCKIN EVE” on the afternoon of the 31st local time. “New Year’s Rocking Eve” is a global show program held every year on stage, including Times Square in New York City.

J-Hope kept his promise to repay the support and expectations of ARMYs around the world by presenting various music and stages this year.

In the first half of the year, I focused on group activities. J-Hope and BTS members held a solo concert “BTS PERMISSION TO DANCE – SEOUL” (BTS PERMISSION TO DANCE ON STAGE – Seoul) at Jamsil Sports Complex Main Stadium in Songpa-gu, Seoul for three days from March 10 to 13. It was the first face-to-face concert in Korea in more than two years and five months since “LOVE YOURSELF: SPEAK YOURSELF [THE FINAL]” held in October 2019.

In April, he attended the Grammy Awards at the MGM Grand Garden Arena in Las Vegas. BTS, who was nominated for the “BEST POP DUO/GROUP PERFORMANCE” category for the second consecutive year following last year, staged its first solo face-to-face stage with “Butter.” It then held a three-day solo concert “BTS PERMISSION TO DANCE ON STAGE – LAS VEGAS” at the Las Vegas Allegiant Stadium.

He also visited the White House. BTS attended an official media briefing event hosted by the White House at the White House briefing room in Washington, D.C., in May after receiving an official invitation from U.S. President Joe Biden. BTS talked about hate crimes in Asia, discrimination issues, and the importance of diversity and inclusion.

BTS then released its new album “Proof” at 1 p.m. on June 10. It was an anthology album that encompasses the past, present, and future.

In the second half of the year, he expanded his musical spectrum as a solo artist. J-Hope officially debuted as a solo artist after releasing his first full-length solo album “Jack In The Box” on July 15. In March 2018, he released his first solo mixtape (a song produced for non-commercial purposes and distributed free of charge) “Hope World”, but it was the first time since his debut as a BTS member in June 2013.

I was afraid that the style of music and story that had been kept silent would be fully conveyed to the listeners, but J-Hope, who worked happily with sincerity and soul, was praised for solidifying the cornerstone of the original music world. Based on these favorable reviews, it topped iTunes’ Top Song charts in 84 countries and regions. It entered the Billboard main single chart “Hot 100” at No. 82. British music magazine NME gave J-Hope a perfect score for his solo album, while Rolling Stone, a leading U.S. music magazine, ranked ninth in the “Best Album of the Year 100.”

He proved his perfect teamwork with singer Crush. J-Hope participated in Crush’s new single “Rush Hour” released in September as a featured and lyricist. Crush said, “J-Hope sweated a lot, so he didn’t go to the bathroom and worked hard on the recording. Throughout the recording, he said, “I’ll do it again.” I can do better. “When I saw him say, ‘One more time!’ I felt that I was in my current position for no reason, and I really respected him as the same artist,” he said. Their collaboration led to valuable achievements, including No. 1 on iTunes Top Song Chart in 41 regions, No. 2 on Billboard World Digital Song Sales Chart, No. 28 on Digital Song Sales Chart, and No. 1 on domestic music charts.

J-Hope also showed a firm presence as a performer. He was officially invited to “LOLAPALOOZA,” a large music festival held in Chicago in July, and performed solo for about an hour. It is the first time for a Korean singer to be a headliner on the main stage of a major music festival in the United States.

In addition, J-Hope appeared as a solo artist at the “2022 MAMA AWARDS” (2022 Mama Awards) held at Kyocera Dome in Japan on November 30. J-Hope actively participated in the overall planning of this performance and improved its completeness. It is also expected to spread hopeful energy to music fans around the world through the stage of “Dick Clarks New Years Rocking Eve.”