Beryl Cho Kun-hee said, “This year’s DK and one multi-disciplinary team lost in the next game…”I’ll save the jinx” 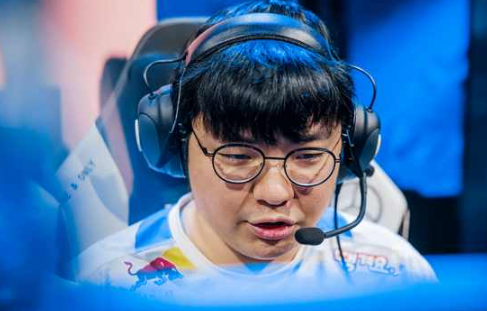 Rolled Doctor “Beryl” Cho Kun-hee said he will focus on Peanut for the showdown with Gen.G.

On the 24th (Korea Standard Time), at the Hulu Theater located inside Madison Square Garden in New York City, New York, the quarterfinals of the 2022 League of Legends World Championship (hereinafter referred to as the 2022 LOL World Cup) were held.

On this day, DRX gave up the first and second sets, but did not give up until the end and made a big turnaround. Defeat and win. DRX, which made this difficult score, made it to the semifinals.

Beryl Cho Kun-hee, who wielded EDG with various support picks such as Hi Muddinger, Ash, and Karma. In an interview with Exports News after the game, he said, “It’s good to win by beating defending champion EDG by losing and winning.”

Beryl said, “Himidinger honestly tried to write actively when the angle came out. However, the more I use it, the better I don’t think it’s good to win,” he said about the background of Himmeredinger’s pick.

Beryl Cho Kun-hee said she was complicated by the second set backdoor failure. “The angle came out pretty, but I couldn’t finish it unfortunately because I made a mistake in the process,” he said.

In addition, “There is a jinx that teams that have played multiple games against Damwon Kia this year will lose the next game. “There is a jinx continuing, and I will try to win with that jinx,” he said, strengthening his determination against Gen.G.

The following is the full text of the interview with ‘Beryl’ Cho Kun-hee.

> defeated EDG and settled in the semifinals. How do you feel about winning?

First of all, I’m so happy that I beat EDG, the defending champion of last year’s LOL World Cup, by a defeat and victory.

> In the 4th seed, he made it to the semifinals for the first time

It’s good to set a record, but honestly, I didn’t think I would lose in the first and second sets of EDG.

The scrimmage made up for the bad points. There was something really bad in the beginning, but we supplemented that with a focus.

> How did you organize the bot composition against Viper-Meiko?

From the first set to the fourth set, it would have been the first composition from the opponent’s point of view. So we did benefit a bit.

> What’s the difference between ash and Ezreal?

Hi Muddinger honestly tried to use it actively when the angle came out. However, the more you use it, the better it doesn’t seem to be. Ash has a strong line-up and making. In addition, checking the opponent’s jungle using a hawk in the early stages is important, and Izu picked it because he thought the line match was weak but had potential.

> What did you talk about as a team after losing the first and second sets?

The importance of the dragon in the previous set was low. I thought I didn’t benefit from that, and I gave it a feedback focusing on it.

> How do you feel when the backdoor fails in the second set?

I had a lot of mixed feelings. We continued to have an advantage, but as mistakes came out, we were forced to think of LEC’s specialty, Backdoor. The angle came out pretty, but I couldn’t finish it unfortunately because I made a mistake in the process.

> I took out the 4th set support ash, but was it a prepared pick?

I talked about it, but it was a better pick than I thought, so I used it.

> It was the last game of the quarterfinals, and I think I would have watched all the previous games. What was the most impressive game?

As expected, the match between Damwon Kia vs. Gen.G was fun. It caught my eye even though I saw it from the player’s point of view. In addition, all-time scenes such as Damwon, Kia, and Gen.G in Gyeonggi Province were poured out. Fans must have enjoyed our game.

> Lunami’s performance has been declining recently, what’s your personal opinion?

Different teams may have different interpretations, but our team checked Viper’s best performance within the EDG. Last year, Lunamiro also won the championship, so he actively blocked it.

> Now we have to fight the LCK civil war. What’s your determination to face Gen.G?

It may be a little difficult for the opponent, but there is a jinx that teams that have played multiple games against Damwon Kia this year will lose the next game. In the spring, Gen.G also beat Damwon Kia and lost to T1, and in summer, T1 was defeated by Gen.G in the final. KT and Liv Sanbak also lost to us in the selection match. There’s a jinx going on, and I’ll try to win with that jinx.

> LCK Civil War, I don’t think it’s going to be easy. Which point will you focus on the most?

To be honest, not all five of them can be perfect on such a big stage while watching the quarterfinals. Looking at Gen.G, I think the peanut player is the key. So I’m going to target the Peanut player, and we’ve been at a disadvantage this year, so I’ll try to win somehow.

> Jingdong vs. T1 match will be held first. Who do you think will win?

To be honest, the difference in team weight class is much stronger in T1. Jingdong does not have a high weight class even within the LPL. But Jingdong is really good at games. Because of that, I won the championship and honestly, I can’t imagine who will win. T1 is strong, but there are many unknown tricks of Jingdong in the second half. I really don’t know who will win.

> The last thing I want to say 토토사이트 추천

Lost and won. We made it to the semifinals with a poor score. There is a week left, so I will do my best to maintain it and do well.