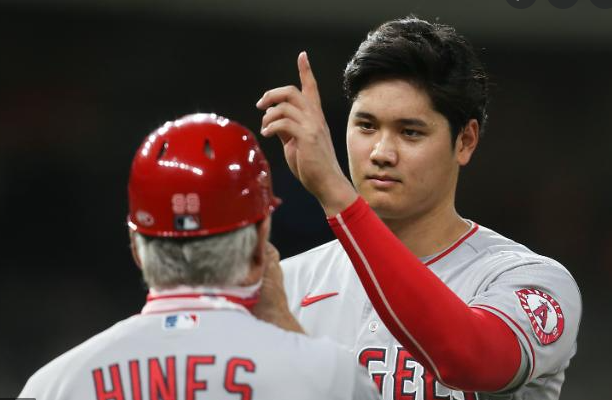 Otani, who also plays pitching and hitting, played as the third and designated hitter in the 2022 away game against the Los Angeles Dodgers in the U.S. Major League Baseball (MLB) at Dodger Stadium in Los Angeles, California, on the 15th.

The Angels failed to record a single hit until the first batter Mike Trout struck out in the top of the ninth inning. He only got two walks.

Dodgers starter Tyler Anderson, who continued his no-hit no-run while catching a total of 25 outcounts until one out in the ninth inning, was left-hander Tyler Anderson. Otani also struck out consecutive at-bats in the first and fourth innings and grounded out shortstop in the seventh inning.

It was baseball genius Otani who put the brakes on Anderson’s no-hitter challenge.

In the top of the ninth inning without a runner with one out, he pulled Anderson’s first pitch and the 123rd ball (cut fastball) on the day and sent the ball to the right. Dodgers right fielder Mookie Betts threw himself to put him in the glove at once, but he fell short. Otani settled comfortably at third base.

Matt Duffy hit Kimbrel’s first pitch and connected it to a hit, bringing Otani home. Anderson’s final performance was one hit and one run in 8 1/3 innings. Anderson missed the milestone, but led his team to a 4–1 victory, marking his eighth win of the season. The ERA is 2.82.

In the game against the Boston Red Sox on the 10th, Otani pitched well with four hits and one run in seven innings with six strikeouts, and the batter scored a come-from-behind two-run home run to save the team from 14 consecutive losses. In the game, he saved the team from no-hit, no-run humiliation.