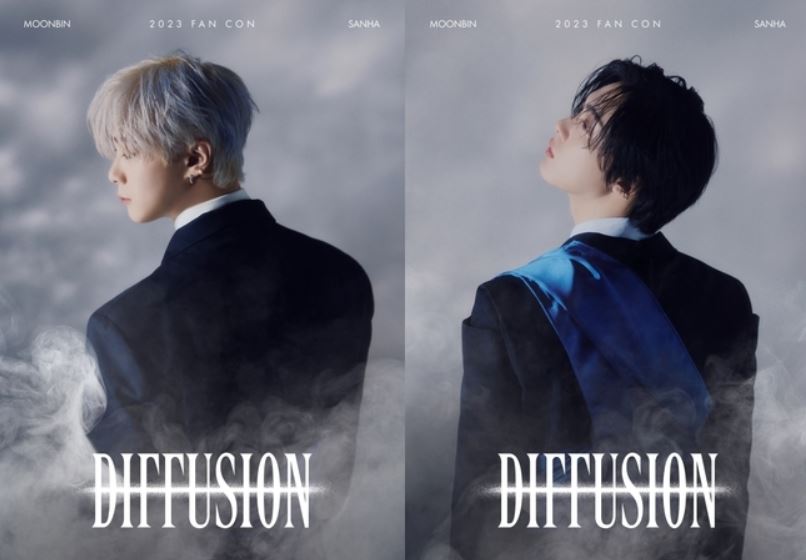 According to the agency Fantagio on Jan. 20, the group Astro Moonbin & San-Ha will hold a fan concert “DIFFUSION” for two days on March 18 and 19.

Prior to this, the artwork poster of the fan concert was released on Astro’s official SNS at midnight on the 19th. Through this, the performance dates of the performance names “DIFFUSION” and “2023.03.18 (SAT)-19 (SUN)” were released. Other information including the concert hall will be released later.

At midnight on the 20th, a poster containing individual cuts by Moon Bin and San-Ha was posted. Moon Bin looking down and San-Ha’s profile staring up catches the eye.

This “DIFFUSION” is a concept performance following Moon Bin & San-Ha’s third mini-album “INCENSE” released on the 4th. Fans’ expectations are rising as it means that they will color the fan concert with various and unique scents (performance) that spread rapidly.