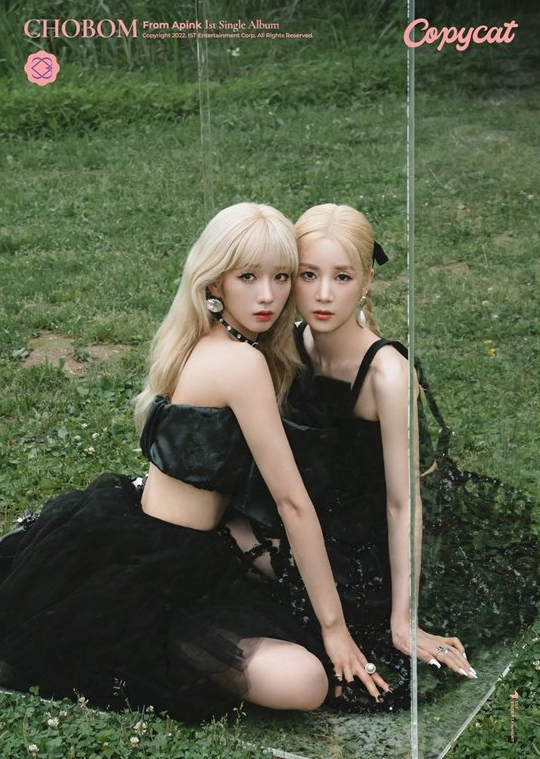 In the concept photo released, Park Cho-rong and Yoon Bo-mi caught the eye with their twin-like appearance in blue nature. They dressed up in black tones and blonde and bold accessories, showing off their visuals like fairies, raising questions about the concept of Shinbo.

Apink’s Cho Bom will release her first single album “Copycat” on July 12. “Copycat” is a word that means a person who imitates and copies, and Cho Ki-sam will transform into a cute and mischievous impersonator to provide a lively and refreshing charm that is different from what he has shown. At the same time, it also means that the two, who pride themselves on being “soul mates,” always capture the heart and action of identifying each other.

Apink has confirmed its first unit “Early Spring” in 11 years since its debut and heralded a different charm, drawing attention from global K-pop fans.