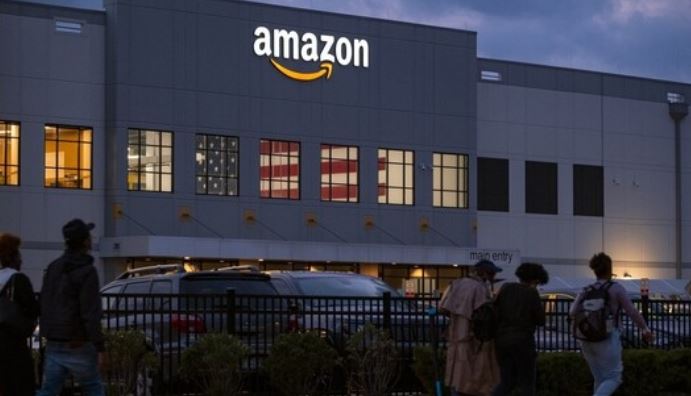 The “employment cold wave” of global big tech companies is unusual. Major companies such as Amazon, Apple, and Lyft are suspending hiring or reducing their workforce due to growing warnings of an economic recession caused by inflation and interest rate hikes.

According to foreign media reports such as the Wall Street Journal on the 4th, Beth Galetti, head of personnel management at Amazon, an e-commerce company, said in an employee notice the previous day, “We will stop hiring and watch the economic situation for the next few months.” This is an additional measure following last month’s announcement that it will stop hiring retail distribution, a key business sector, by the end of the year. Amazon founder Jeff Bezos, chairman of the board of directors, also shared a video of Goldman Sachs CEO David Solomon late last month on Twitter saying, “The economic downturn is coming,” and sent a message saying, “We need to prepare for a crisis.”

The situation of Apple, the world’s No. 1 market capitalization company, is no different. Apple is said to have temporarily suspended hiring of all departments except R&D. As Apple fired about 100 contract workers in charge of hiring employees in mid-August, it is predicted that employment will be reduced in the future.

Lyft, a car-sharing company, also announced that it plans to reduce 13% of its total employees on the same day. About 700 out of 5,000 employees are expected to be restructured. Co-founders John Zimmer and Logan Green said in an employee notice, “There is a possibility of a recession next year, and ride-sharing insurance costs are rising. “We need to break up with our employees because we need more tightening,” he said.

The cold wave of employment is hitting start-up companies more severely. Stripe, a fintech startup, announced to its employees that it will reduce 14% of the total workforce. Currently, the number of employees is 8,000 and about 1,100 employees are restructured. Stripe, which forms the two major mountains of online payment companies along with PayPal in the U.S., was valued at more than 100 trillion won last year, adding the modifier “the most expensive startup in the world.” Chief executive Patrick Collison emailed employees, saying, “The job cuts are inevitable amid concerns over an economic slowdown, high interest rates, and investment difficulties in startups,” adding, “Management made a mistake in misjudging how much the Internet economy will grow this year and next year and when operating costs will increase sharply.”

In addition, Gopuff, a U.S. delivery startup that grew rapidly during the COVID-19 period, fired 1,500 employees by the second half of this year, and recently temporarily suspended its IPO plan. Startup KAM, well-known for its meditation, sleep, and rest apps, has also recently reduced its workforce by 20%.

Restructuring of information and communication technology (ICT) companies has begun in earnest since May, when inflation concerns grew. Layoffs, a website that aggregates the current status of job cuts for tech companies.According to fyi), about 99,000 people were fired from 773 tech companies around the world this year alone. The industry is concerned that the financial difficulties and worsening employment of tech companies could continue until the second half of next year when abnormally high inflation is caught.