Aespa, the voyage to the U.S. is in full swing…Towards the next level 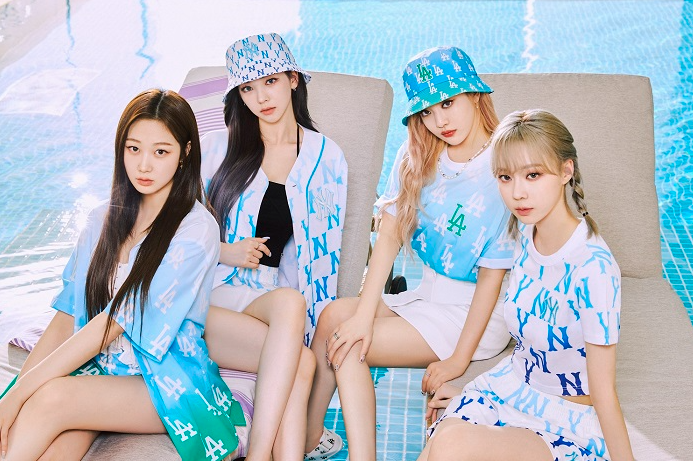 Aespa is entering the U.S. in earnest. As Aespa (Carina, Winter, Giselle, and Ningning), which became a hit in Korea with “Next Level,” has launched a full-fledged attack on the global music market two years after its debut, it is expected how it will achieve as a next-generation K-pop girl group.

In November 2020, SM Entertainment’s new girl group made its debut in the music industry and succeeded in three consecutive mega hits from “Black Mamba” to “Next Level” and “Savage,” establishing itself as the fourth-generation representative girl group. Aespa established the identity of a team differentiated from other girl groups with the worldview that the members’ avatars worked together at the time of their debut. In addition, their own music world was recognized for their experimental and popular music.

Aespa will release its second mini-album “Girls” in Korea and the United States on the 8th. The title song of the same name, “Girls,” is a song that highlights the confident vocals and rapping of the members. It depicts Aespa continuing a new story with his helper Nabis after a full-fledged battle against the evil “Black Mamba” with their avatar. SM expected, “This is the last episode of SM Culture Universe (SMCU) Aespa Worldview Season 1, and it will receive enthusiastic responses from music fans around the world.”

While attention is being paid to how Aespa will achieve with this album, the response is already hot. “Girls” announced “Million Sellers” by surpassing 1 million pre-orders a week after pre-orders began. Currently, Black Pink is the only K-pop girl group that has achieved million sales.

Aespa, who established career high in Korea, is now going abroad in earnest. At the end of June, he released his English single “Life’s Too Short” and signaled his entry into the U.S. market, starting with the LA showcase in the U.S. In addition, they signed a contract with CAA, the largest entertainment and sports agency in the U.S., in July last year, and recently formed a global partnership with Warner Records, a global music label, solidifying the foundation for global fandom expansion and large-scale world tours.

Although it is not yet time for the album to be released in the U.S., the response has already begun. In April, Coachella, the main stage of the U.S. largest outdoor music festival Coachella, was selected as the artist of Apple Music’s global campaign Up Next June. He also appeared on ABC’s popular late-night talk show “Jimmy Kimmel Live” on the 29th of last month and attended the “2022 High-Level Forum on Sustainable Development” held at the UN General Assembly in New York on the 5th.

Aespa will continue its local activities at the “Good Morning America (GMA) Summer Concert Series 2022” on the 8th. The “GMA Summer Concert Series” is an outdoor concert hosted by “Good Morning America” every summer, and BTS (BTS) has appeared among K-pop groups and is the first Korean girl group. Aespa will also present the “Girls” stage for the first time at the concert, drawing keen attention to how it will receive the response there.

“There is a lot of interest in which group will fill the vacancy of the suspension of BTS group activities in the global market. With BLACKPINK also announcing its comeback, attention is being paid to whether there will be synergy between K-pop girl groups in the U.S. market as Aespa is making strategic moves as a next-generation K-pop girl group. Will the “next level” that Aespa, which is drawing attention for its unrivaled concept and solid performance, will go smoothly? Aespa’s future is expected to expand to the world using the experience of SM, which has produced numerous K-pop groups. 코인파워볼