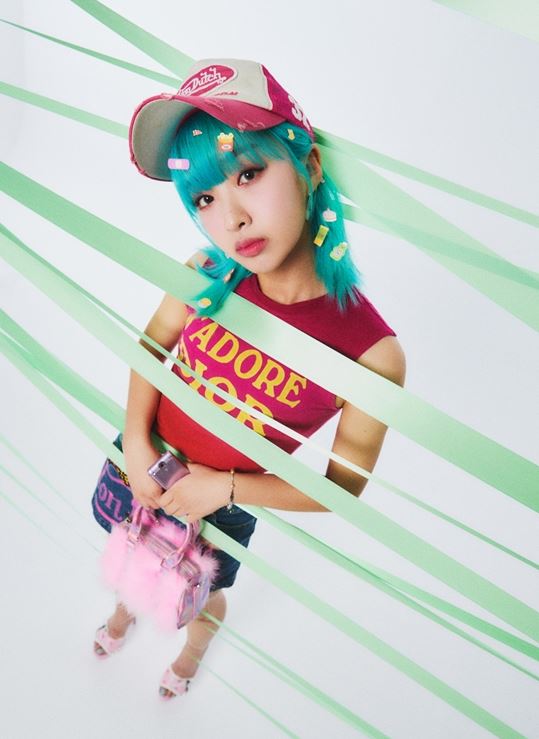 If the modifier that made him known to a rookie is related to a famous star, it would be perfect. It may be useful for one’s activities. However, there is a singer who feels burdened and tries to draw a clear line on using it and show off his ability. It is singer-songwriter Adora (ADORA. real name Park Soo-hyun, 25).

Adora made a comeback with the release of her first mini-album in September, captivating listeners as well as fans. He then appeared in Mnet’s “Artistak Game: Survival in which singers become the staple food,” drawing attention from viewers of small screen.

Star News met a rookie Adora, who is catching the eyes and ears of viewers.

Adora mentioned thyroid cancer surgery at a showcase to commemorate the release of her first mini-album “Adorable REbirth” in September. Regarding his health, he later said, “I am doing well,” adding, “There is a premise that it does not recur for five years from the start of surgery.” “Five years have not passed yet, but the surgery is neatly done well,” he said.

In the interview, Adora looked completely different from her previous appearance. He removed the blue hair dye he did during his first mini-album title song “Magic Symphony” earlier. Maybe there was a change of heart.

“There has not been a big change of heart. From his debut single in November last year to this “Magic Symphony,” he bleached and dyed his hair. My hair broke a lot and my condition got worse. I can no longer bleach my hair. So I dyed my hair a bit darker and got a haircut. It’s a change for healthy hair.”

Adora’s hairstyle was unconventional and exquisitely matched the mood of the song. So was this ‘Magic Symphony’. Adora did not deny the connection between hairstyle and song.

“Actually, there wasn’t before. The color was blue during this activity. I wanted to show you the ambivalence of Blue. It is a color that is both depressing and refreshing. I don’t look good in blue hair, but I dyed it blue to show the direction of the album.”

Adora finished her activities of “Magic Symphony” after the performance of MBC M’s “Show Champion” on the 12th. Adora, who finished her first mini-album activity for a short time, said, “I was able to do music shows and face-to-face with my fans. “It was an activity that gave me energy directly from the fans,” he said.

Adora was also honest about what she liked and regretted during this activity.

“I did a music show for about two weeks. Last time, I did it where the audience was, but this time, fans came to see me. It was fascinating. Also, I heard fans cheering on the stage, so I did it with strength. What’s unfortunate is that it wasn’t long to meet fans in person. It’s a shame that we didn’t see each other more and more often. In addition, although it is not big on the stage, I made a calm mistake, which is a pity.”

Adora was a short activity, but what kind of charm did she want to show? Adora calmly expressed her thoughts.

“I did my activities with the hope that I could receive a lot of bright energy this time. Sometimes, it’s my song, but there were times when it was hard to handle the energy. Maybe that’s why there were people who enjoyed listening to it. In particular, there were people who listened to the commuting song. Thank you. I think I’ve achieved what I wanted to do in that regard.”

Adora finished her ‘Magic Symphony’ activities by delivering ‘bright energy’. He drew attention early on with the modifier “BTS Producer.” Adora expressed her burden on such modifiers.

“In fact, this modifier is very burdensome. At the beginning of his debut, he even asked the company not to use such expressions or modifiers. Since the word “BTS producer” came out outside the company, I was worried that I might be a nuisance to my BTS. At one point, I thought it was exhausting to be stressed because of this. I thought I was right, but I didn’t have to hide it. However, I thought this expression would be okay if I didn’t use this modifier. These days, it seems to be the driving force behind “I should do better.” Again, I have no intention of using the modifier ‘BTS producer’. I hope you know that.”