Actor Kim Jin-hyung in “The Age of Wild Men” updates on returning to farming, “Fraud in the name of acquaintances → Apophobia.”

Actor Kim Jin-hyung, who made his name known for the movie “No. 3” and the drama “The Age of Wild Men,” reported his recent life in the farming industry. 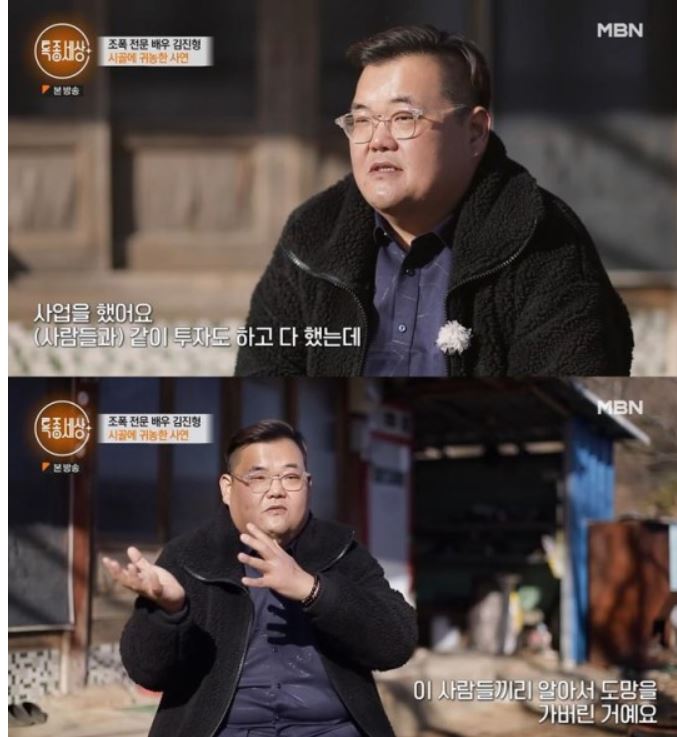 Kim Jin-hyung appeared in MBN’s “Breaking News World,” which aired on the 19th, to share his recent status.

Kim Jin-hyung is an actor who made his name known by appearing in the gangster comedy film No. 3, which currently stars top actors in Chungmuro, including Song Kang-ho, Han Seok-kyu and Choi Min-sik. He also appeared in the drama “The Age of Wild Men” and showed his presence, and with his big size and strong impression, he gained the nickname of “an actor specializing in gangsters.”

Kim Jin-hyung said, “It was when I was in the third grade of middle school when I was doing ‘No. 3’,” adding, “The most impressive was the sauna scene with Choi Min-sik and Han Seok-kyu.” “Look at this lump of flesh,” he said.

After filming it, a beer advertisement came in. I wore my school uniform with my profile, and they thought I was a middle-aged actor because of my size. He said he was sorry to hear that he was a student. So I came back,” he recalled.

Kim Jin-hyung also remembered that he was misunderstood due to his intense abnormality.

He said, “When I was acting as a gangster, I was questioned on the street. I don’t remember whether I saw him on TV or somewhere. I was checked because I thought I saw it in the wanted flyer, and when something happened next to me, I was misunderstood because of my impression or size even though I was just standing. “If there was a fight, I thought I caused a fight,” he confessed.

However, Kim Jin-hyung disappeared from the entertainment industry at some point, and was living in a rural village in Geochang, Gyeongsangnam-do. He was working on getting parts from a junk shop, repairing used agricultural machinery, and selling them back. It has already been six years since he lived to help the villagers.

Actor Kim Jin-hyung said he played in various works, but his casting failed repeatedly due to his limited image as an “actor specializing in gangsters” and had to continue his acting life.

Eventually, actor Kim Jin-hyung said he sought a path other than acting and started a business. I tried meat restaurants, makgeollet restaurants, and karaoke rooms, but the results were not good. In addition, he confessed to his trusted acquaintance that he had suffered fraud in his name.

“We did business together. “I invested, but these people ran away on their own,” he said adding, “The problem was that my stake and name were there, so I got a ticket for differential pressure.” “I was running a restaurant at that time, and the restaurant also had a red tag,” he recalled.