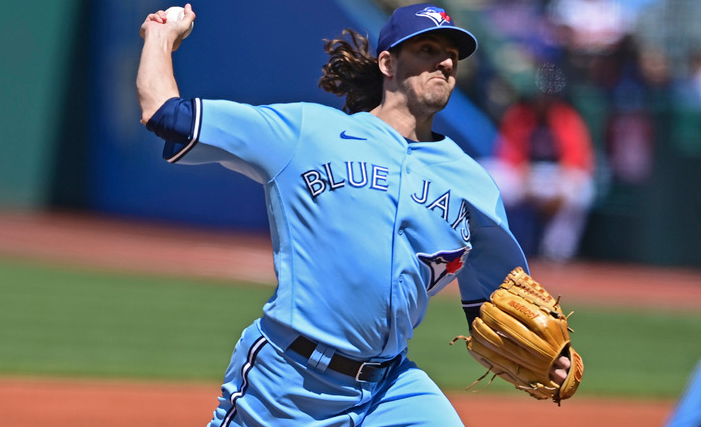 The opening of the starting rotation was bigger than I thought.

The Toronto Blue Jays lost the away game 3-8 against the Seattle Mariners at T-Mobile Park in Seattle, Washington on the 8th (Korea Standard Time). The loss resulted in 45 wins and 39 losses. Seattle has 42 wins and 42 losses.

Originally, it was Kevin Gausman’s turn to start the game, but he couldn’t take the mound. He postponed his appearance in the aftermath of a hit on the ankle during a home game against the Tampa Bay Rays.

The gap was bigger than I thought. Anthony Banda, an opener, couldn’t hold out the first inning. While catching one out, he allowed two runs with two hits and one walk.

Casey Lawrence also fell short of expectations with seven hits, two home runs and five runs in 22 2/3 innings. Dylan Moore’s homer in the second inning was unlucky. Left fielder Luerdes Guriel Jr. caught it, but the ball hit the glove and jumped over the fence.

The third inning was inexcusable. After one out, he allowed four consecutive hits and allowed four runs. The two-run home run allowed by Carl Rally was painful.

Diego Castillo, who took the mound as the fourth pitcher, pitched well with one hit, one home run, five strikeouts and one run in three innings. However, in the final game of the series, he used the card he had planned to use if Gausman was unable to take the mound. In an interview with local media after the match, coach Charlie Montoyo said Castillo could be re-appointed later in the series.