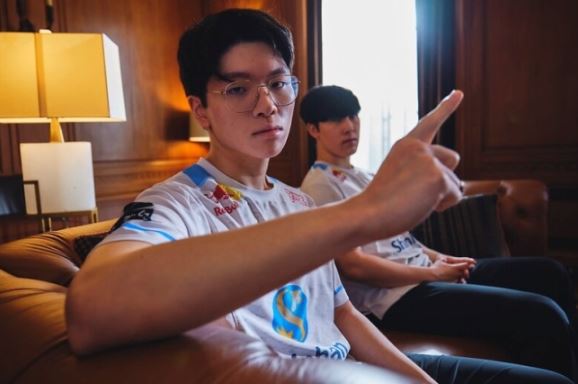 “Kingen” Hwang Sung-hoon showed a special performance to determine the fourth and fifth sets of the League of Legends 2022 World Championship final T1 and DRX at the Chase Center in San Francisco, California, on the 6th. Thanks to Kingen’s performance, DRX won its first World Championship title since its foundation.

Asked if he expected ‘Kinggen’ Hwang Sung-hoon to become the final MVP, he said, “I expected it. In the 4th and 5th games, the gladiatorial spirit is always displayed. “I think my potential came out because I did it with the beast’s mindset that I would die if I couldn’t kill my opponent,” he said.

As for the games played this year, I recalled the advice of “Song” coach Kim Sang-soo. “Kingen” said, “I tend to hesitate a lot about pushing for something different from what happened from the regular season until now. So many people who watched me must have seen frustrating scenes. The coach said that in the world of victory, those who hesitate lose. The words affected my play a lot. He said, “I think I’ve made this place because I played bold today,” adding, “I had the advice of coach Song in today’s performance.”

“Kingen” Hwang Sung-hoon said, “I am very grateful to my mother, father, grandmother, and grandfather who have suffered since I was in trouble. I also thank my fans for supporting me. I want to say thank you to everyone around me for waiting. “I will not be conceited and cheer up next year,” he said, wrapping up his thoughts on MVP in the final.